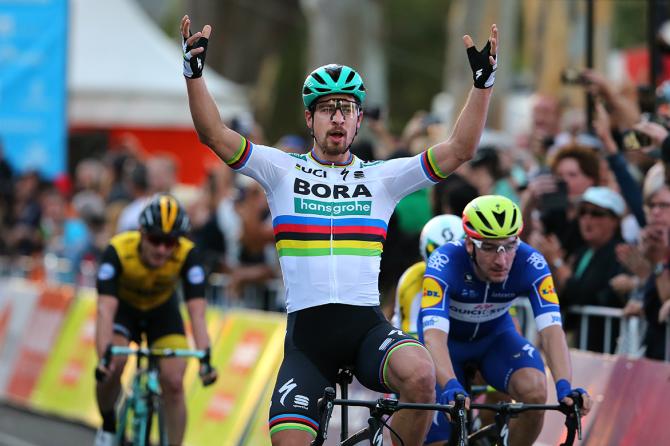 The win means Sagan will wear the tour leader’s ocher jersey in the first stage of Tour Down Under on Tuesday. Sunday’s race does not count toward general classification.

Ewan won the race in each of the past two years and Greipel is the only three-time winner. The 132-strong field that lined up for the race Sunday included seven former winners.

? WHAT A FINISH!!! Victory in the @peopleschoiceAU Classic for @petosagan!! Did we mention he was relaxed earlier? The world champ is back in town!! #TDU #peopleschoiceAUclassic pic.twitter.com/AoPo6Q9dWk