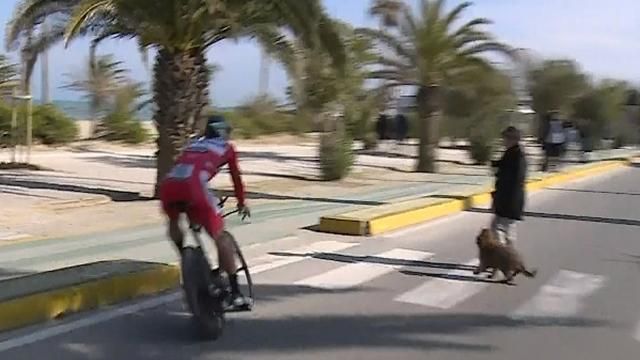 World champion Peter Sagan was nearly taken down when a lady with a dog walked on a pedestrian crossing just in front of him during today’s final stage of Tirreno-Adriatico.

The Bora-hansgrohe rider was a few kilometres into the 10-kilometre time-trial at San Benedetto del Tront when the incident took place. Afterwards, Sagan took to Twitter to say: “I love dogs but please respect the safety of the riders!”

This is not the first time that a dog has got involved in a bike race, with Marcus Burghardt, Philippe Gilbert and Sandy Casar all having been brought down by dogs in the past.