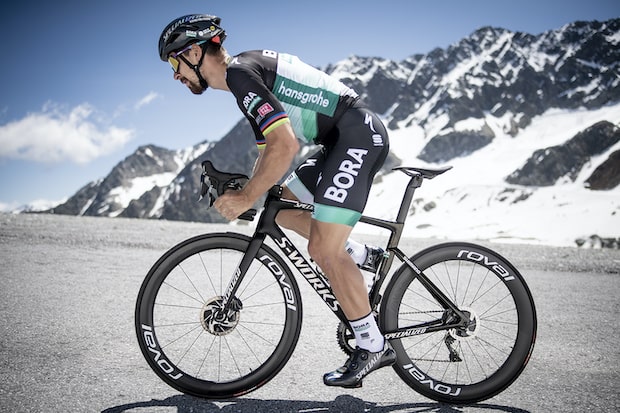 According to the l’Équipe, there is a good chance that Peter Sagan is in his last months at Bora-hansgrohe with his manager, Giovanni Lombardi, said to have already spoken with Deceuninck-Quick-Step about a move.

However, according to Patrick Lefevere, the team manager of Deceuninck-Quick-Step, there has not been any talks with Sagan.

“Not a word has been said about him yet, so I can’t say much about it. Whether Sagan would be an interesting rider? Yes, according to my conditions ”, said Lefevere.

If we are to believe the French newspaper, there has already been contact between the manager of three-time world champion and the Belgian team.

One not to be underestimated player in the entire process is bicycle manufacturer Specialized. Both Bora-hansgrohe and Deceuninck-Quick-Step ride Specialized bikes and Sagan has long been one of the biggest stars of the American brand. The biggest point seems to be Sagan’s salary, who is said to be earning five million euros a year.

Sagan is currently in his fifth season for Bora-hansgrohe and the question is whether both parties still see a common future.

“If he (referring to team boss Ralph Denk) thinks he no longer needs me to win races for the team, I will be the first to try to find a team that really wants me,” said Sagan.