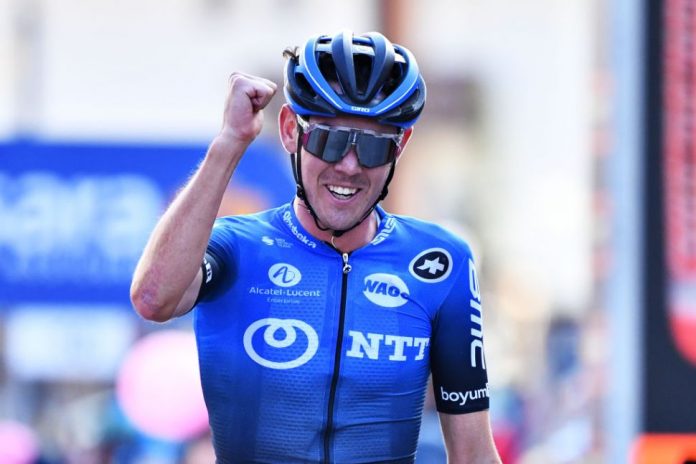 Ben O’Connor won the 17th stage of the Giro d’Italia, a 203-km mountain trek from Bassano del Grappa, as Joao Almeida retained the overall lead at the end of a quiet day for the top contenders on Wednesday.

O’Connor gave the NTT team, who are looking for a sponsor for next year, a much-needed win as he prevailed from the day’s 18-man breakaway ahead of Hermann Pernsteiner and Thomas de Gendt.

Almeida faced only one brief attack from Jai Hindley in the final climb up to Madonna di Campiglio as he stayed 17 seconds ahead of Wilco Kelderman in the overall standings.

“Today it was a hard day, a lot of climbing but I had the perfect team with me,” said Almeida. “That’s one more day in the Maglia Rosa. Team Sunweb tried to attack but I was feeling good. Tomorrow it’s another day, I look forward to it.”

There will be no hiding among the top favourites in the 18th stage on Thursday, however, as it takes the peloton over 207km to the Laghi di Cancano, through the Passo Stelvio, 2,756 metres above sea level where the temperatures are expected to be just above 0°C.

It might be the last chance to make big differences as Saturday’s 20th stage could be totally reshaped and avoid the punishing Col d’Agnel and Col d’Izoard in France.

The mayor of Briancon, at the bottom of the descent from the Col d’Izoard, said on Wednesday he could not have the race go through the town amid COVID-19 restrictions in France.

Giro organisers, however, have yet to announce a new route for the stage, but any change would surely make it less demanding. 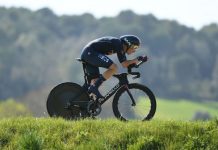