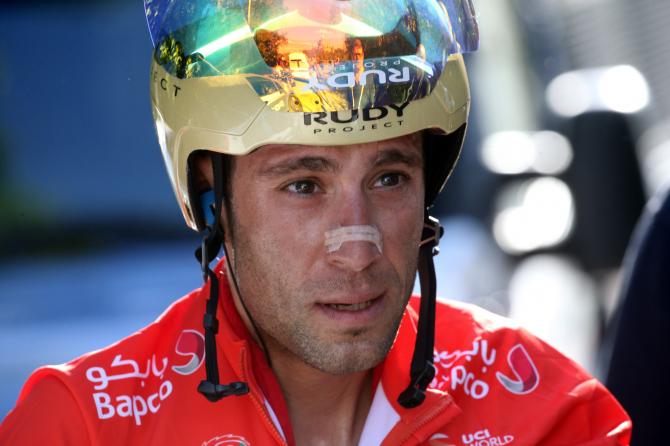 (AFP) – Vincenzo Nibali said Sunday he had no regrets despite narrowly missing out on a third Giro d’Italia as he turned his focus towards next month’s Tour de France.

The Bahrain-Merida rider finished second behind Richard Carapaz after the final day of the three-week race which concluded with a 17km time-trial around Verona.

“I’ve no regrets, I think I had a good Giro. I was up against great rivals,” said the Italian, who now has 11 Grand Tour podium finishes — equal with Chris Froome. “Carapaz was in top form and had a perfect race with Movistar.

“At Courmayeur, we made a small mistake, but Richard did not steal anything.”

Nibali said that his goal had been the Giro, but he hopes to compete in the Tour de France which he won in 2014.

“I’ll see how I recover,” he said. “For the Tour, it’s hard for me to think about the overall standings, maybe I’ll focus on the stages and the polka dot jersey. I’ve given a lot of energy in the Giro.”

The Italian has had highs and lows in the Tour de France in which he has competed seven times, and was forced to quit last year after colliding with a spectator on the climb to Alpe d’Huez.

“Only a few months have passed since my accident at Alpe d’Huez and my back injury,” he added. “Returning to the fight for the overall standings was not easy. I fought to the end.”