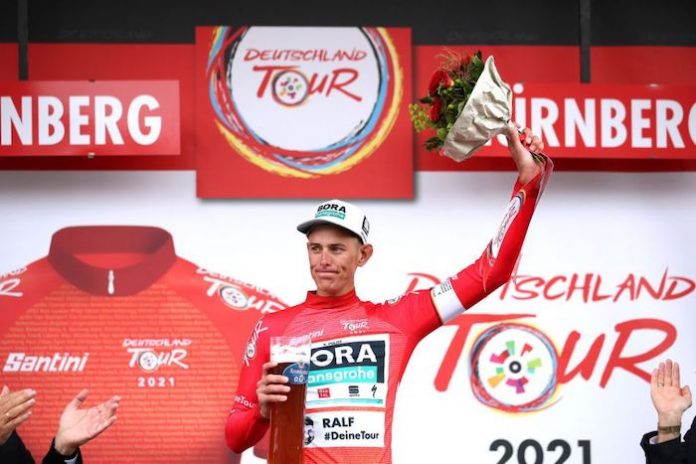 Nils Politt won the overall Tour of Germany title on Sunday after a tough battle to keep his leader’s red jersey on the final day.

After winning Saturday’s third stage to take the overall lead, Politt had to dig deep on the last stage from Erlangen to Nuremberg, which had six climbs and was won by Alexander Kristoff.

“As expected, the other teams went all in today. Somehow, we managed to still get the better in the end, but it was really hard work,” said Politt.

“With two stage wins, and one and two in GC, there was nothing more we could have hoped for. When Almeida attacked it was a critical situation and I had to ride myself for a while. But in the end, all went well and that’s all that counts.”

Second place on the stage went to Pascal Ackermann, who secured a Bora-Hansgrohe 1-2 in the general classification.