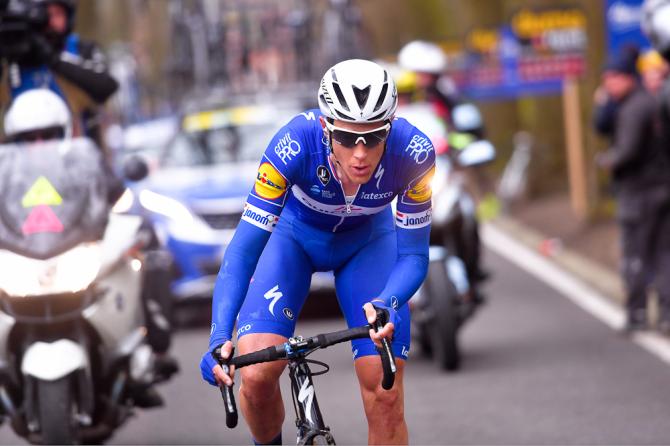 Tour of Flanders and Paris-Roubaix winner Niki Terpstra is set to join Direct Energie for the 2019 season in a surprising move.

Terpstra makes the move after being eight years at Quick-Step Floors. The palmares of the Dutchman include victories in races like the Eneco Tour, the Tour de Wallonie, the Tour of Qatar, the Tour of Flanders, the E3 Harelbeke, Dwars door Vlaanderen and Paris-Roubaix.

“I was impressed by Direct Energie this season during the Flanders Classics where the riders of the team were systematically involved in the race,” said Terpstra. “Damien Gaudin, Sylvain Chavanel, and Adrien Petit were among the great animators of the Belgian countryside. I also noticed their aggressive style in the Tour de France. I like it!”

Directeur sportif Jean-René Bernaudeau said: “Welcoming a rider of the caliber of Niki is a pride for Direct Energie.

“He has character and ambition, like us! I am happy to see that he shares our values ​​and wishes to be part of our project.”

Quick-Step Floors team remains without a primary sponsor for next season and beyond and although it looks set to continue for the foreseeable future, a lack of funding could limit the amount of money available for rider wages.