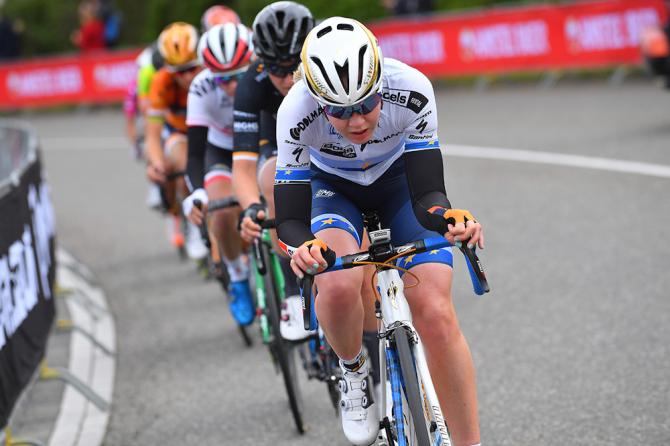 (Reuters) – The COVID-19 crisis has wreaked havoc on the cycling calendar but female riders were able to celebrate the addition of a new race in 2020 when the International Cycling Union (UCI) unveiled its revised schedule.

The first edition of the Paris-Roubaix women’s race will be held on Oct. 25 a few hours before the men’s race which is famous for its much-feared cobbled sections.

‘The Hell of the North’, also known as the ‘Queen of the Classics’, will not be just a men’s affair this year.

Organisers Amaury Sport Organisation (ASO), who own Paris-Roubaix but most importantly the Tour de France, had been working on a major women’s stage race which was due to be held for the first time in 2021 after the Tour.

The postponement of the Tokyo Olympics, however, means it would have clashed with the biggest sporting event on the planet so the creation of that race has now been pushed back to 2022, Tour director Christian Prudhomme told Reuters on Tuesday.

Until then, the women will have their own Paris-Roubaix.

“We had been talking to stakeholders of women’s cycling for five to six years now, including Marianne Vos, and what she was telling us is that the women, more than a race, needed media exposure,” said Prudhomme. “And Paris-Roubaix, the Queen of the Classics, will give them that exposure.”

The men’s elite Paris-Roubaix race is usually preceded by the juniors event, but the race for the U-18 riders was cancelled this year, leaving space for the women.

“In the future, we will have to find other solutions,” Prudhomme said when asked how the juniors race and the women’s event would be organised in 2021.

“In 2022, even if we can’t promise anything, there would be a logic in having Paris-Roubaix and the new stage race,” he added.

International Cycling Union president David Lappartient said: “I’ve always been a great fan of Paris-Roubaix and we’ve been pushing a lot to help women’s cycling. We’re on our way to parity.