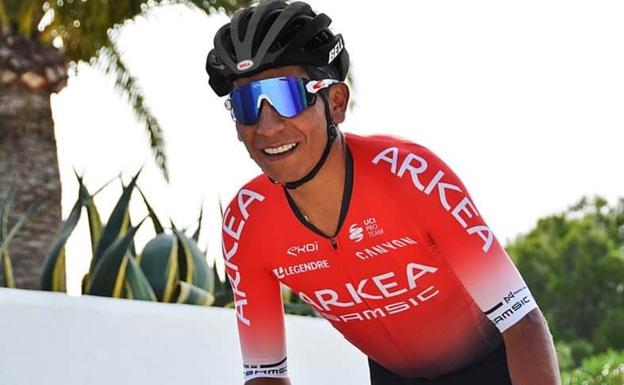 Nairo Quintana showed the world again at Paris-nice that he’s not to be underestimated, winning the last stage in impressive fashion.

After a perfect start to the season, the Colombian will now focus on completing his set of Grand Tour victories at the Tour de France this summer.

“The focus is now on the Tour and we are of course going for the overall victory,” said his Arkea-Samsic sports director Yvon Ledanois.

“We see a new Quintana. I haven’t seen him ride so strong in years. I think he had some difficult years at Movistar, but he has now regained his motivation and freedom.”

“Quintana passed like a whirlwind,” Thomas De Gendt told Het Nieuwsblad about Quintana’s victory at the last stage of Paris-Nice. “There was no question of getting on his wheel. He was going six or seven kilometres an hour faster.

“The last time my sports director Maxime Monfort gave me the time gap, my lead was 35 seconds. Quintana then pretty much passed me half a minute later.”

“I’m in good shape, and I can hope for good things in the next races,” he said. “I’m encouraged to work even harder and it’s a good start to my season.”

With Egan Bernal and a new generation of Colombian riders starting to make their presence felt, Nairo Quintana’s new start with Arkea-Samsic seemed to serve as a reminder to everyone that he’s still here.