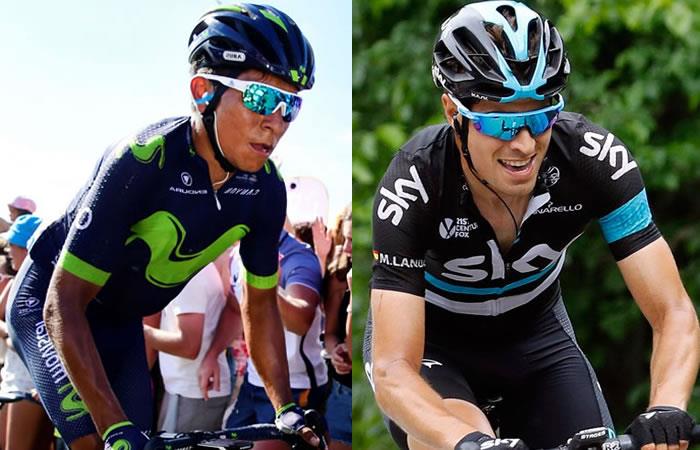 Mikel Landa has left Team Sky to join Nairo Quintana and Alejandro Valverde at Movistar for 2018, and it remains to be seen how they will dovetail their interests over the course of the season, particularly at the Tour.

“The interests of the team are normally centered on the strongest man,” Movistar’s team boss Eusebio Unzué told Marca. “There is no doubt in the case of Nairo, and his history in the grand tours, especially in the Tour. It would take a lot that Nairo does not remain our most important man.”

“When we talk about three leaders, it’s because the three of them have earned that respect. In the races, they work as a team and win individually,”.

“[In the Tour,] it is logically going to be vital to combine the quality of the three with the help of the rest of the team, sometimes this will help us defend ourselves and at other times, they will have strategic power.”

Landa and Quintana could become a formidable pair or it could unravel in one of the most spectacular inter-squad infighting since T-Mobile in 2005, or the famous LeMond-Hinault duel in 1986.

“We hope that we have made the right decision [with all three in the Tour], for now we are doing very well, we are very excited,” Nairo Quintana said.

“It was Eusebio who hired Mikel Landa and he is very much a team player. We hope to work very well and try to win the Tour de France, which is what we lack.”