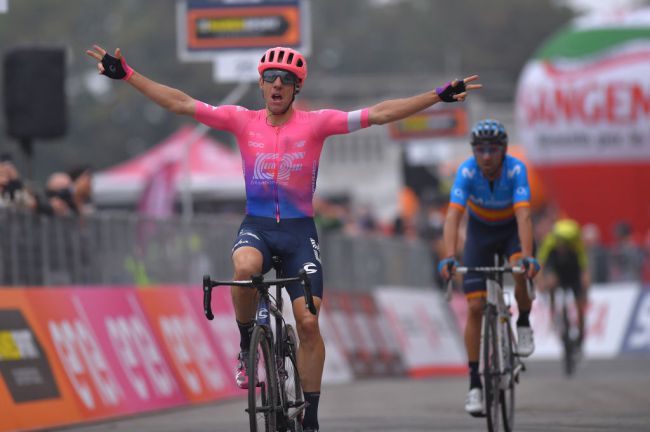 Woods has been in the team currently known as EF Pro Cycling since 2016, and there he took victories in Milano-Torino and one stage of the Vuelta a Espana, as well at top-three spots at Liege-Bastogne-Liege and the World Championships of 2018.

“I have had five great years with Slipstream Sports (EF Education First), which made making the decision to leave their program difficult,” he explained.

“With Chris Froome and several other great signings, I believe that ISN has the potential not just to win the Tour next year, but also be present and winning throughout the entire WorldTour calendar,” Woods said.

“For me, the prospect of riding for the best GC rider of this generation at the Tour de France is very exciting. Also, with Dan Martin already on board, I really see us being able to have a winning combination in the Ardennes and Italian classics.”