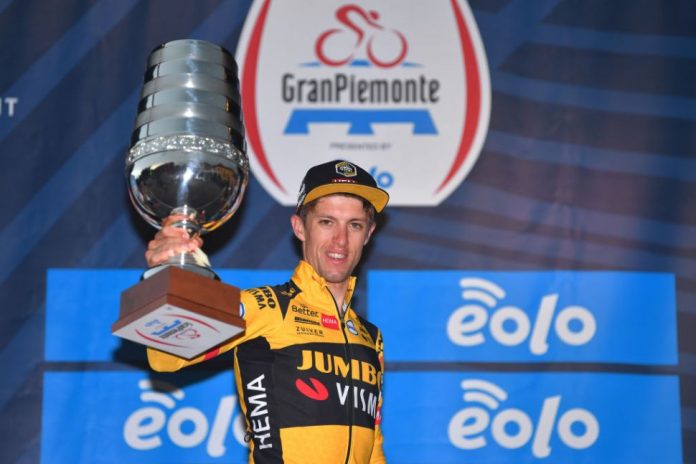 With 7.5 kilometres to go, Bennett attacked on the final climb of the hilly 187km trek from Santo Stefano Belbo to Barolo and dug deep in the pouring rain to edge the fast-finishing Diego Ulissi by five metres.

It capped off a golden day for Jumbo-Visma, with Bennett’s team-mate Wout van Aert taking out the opening stage of the Criterium du Dauphine only two hours earlier.

“I only had two days left this season where I could ride for myself: today and Saturday, then I go back to being a domestique. On our team, we have the best riders in the world, so I had an opportunity now, on this team, and I really had to take it,” Bennett said.

“I’m really happy that I could do it today. I told the boys that I wanted to try and they really did a wonderful job. They told us on the radio half way that Wout [Van Aert] won at the Dauphine, Wout is winning, everyone is winning everywhere, and  I wanted to get in on the action.