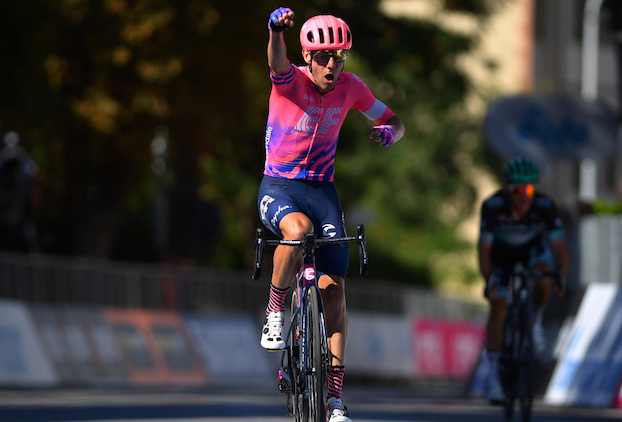 Powering up a climb so steep that bystanders gave riders helping pushes, Michael Woods won stage 3 of the Tirreno-Adriatico on Wednesday and took the overall lead.

Woods, who will race alongside four-time Tour de France champion Chris Froome next season on the Israel Start-Up Nation team, was unbeatable on the final ascent up the Muro di Poggio Murella climb that preceded the uphill finish at Saturnia.

Woods left behind rivals including 2018 Tour champion Geraint Thomas on the 20% gradient and summited alone. Rafal Majka managed to catch Woods on the twisty downhill on the other side. But on the rolling uphill that then followed to the finish, Woods outsprinted Majka to the line.

”The last climb, it was real hard,” said Thomas, who was 10th, 20 seconds behind Woods. ”Woodsy sort of kicked with 500 (meters/yards) to go and I was close to the limit there, I didn’t want to go all the way into the red.”