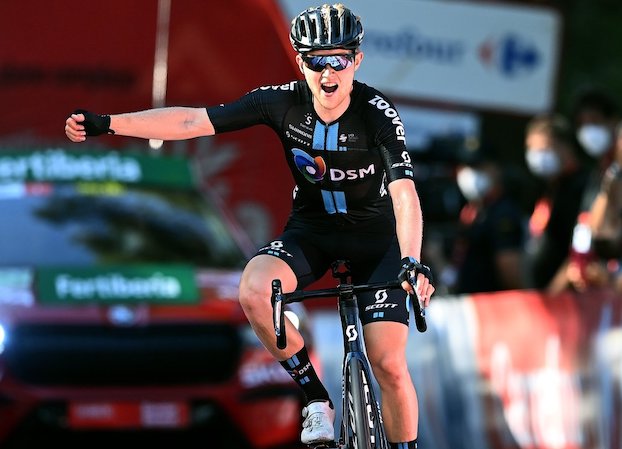 Michael Storer claimed his first grand tour stage win on Friday in the seventh stage of the Vuelta a Espana, while Primoz Roglic retained the leader’s red jersey.

The 152km route featured six categorised climbs, culminating at Balcon de Alicante. With three kilometres remaining of the final climb, Team DSM rider Storer pulled away from the lead group of Carlos Verona, Pavel Sivakov and Andreas Kron, holding them off to cross the line first.

“I know what I’m capable of and my next goal was to always win a stage at World Tour level, and now I’m going to have to set myself a new goal,” Storer said.

Earlier in the day EF Education–Nippo’s Hugh Carthy, who finished third in last year’s race, and 2009 winner Alejandro Valverde of Movistar – both abandoned the race.

Saturday’s stage 8 should suit the sprinters, with riders racing the 174km from Santa Pola to La Manga del Mar Menor on a flat route.