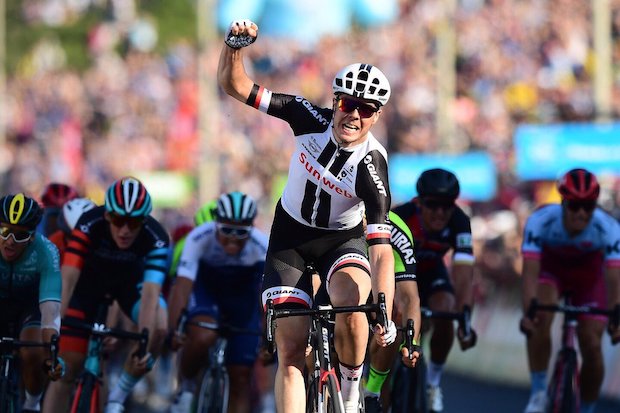 Jon Aberasturi (Euskadi-Murias) crossed the line third as Mark Cavendish (Dimension Data) did not contest the sprint having been left in a group distanced late in the 181km stage from Richmond.

Bryan Coquard (Vital Concept) was the first to launch after being dropped off by his lead out, but he couldn’t stop Cort Nielsen and Walscheid battling right up to the line.