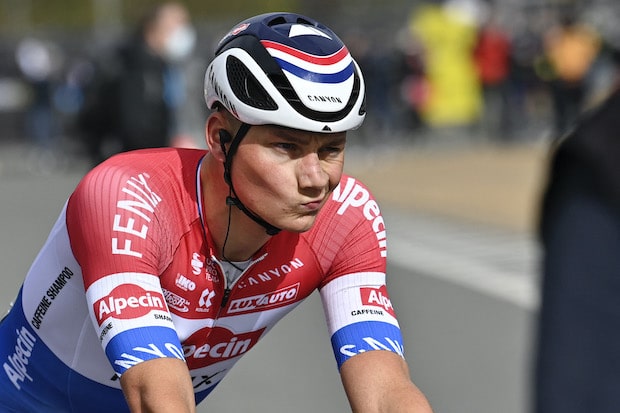 Mathieu van der Poel was very disappointed after his second place in the Tour of Flanders. The Dutch champion was beaten in a sprint on the line in Oudenaarde by Kasper Asgreen.

“It says enough when he keeps riding with me until 1km from the finish line, that he is also sure about his own sprint, and I already felt during race he was really strong today,” Van der Poel said.

“For me, the legs were a bit off in the end, so I’m quite disappointed but I think I lost to a stronger guy today so that makes it easier to accept.

“I think did really good race but in the end, there was one guy stronger. I already noticed on the hills that he was one of the strongest guys. When I attacked it was always him who was fastest to follow.”

“Asgreen is certainly the deserved winner. He never made a point of riding to the finish together. That says enough,” Van der Poel said.

“He felt good. I certainly didn’t think it was a done deal. In the sprint I could turn it on for five seconds, then it was just off.  He is someone who dares to race and dares to continue to the finish, I like that.” 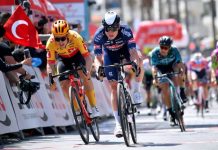 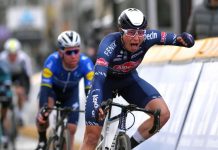