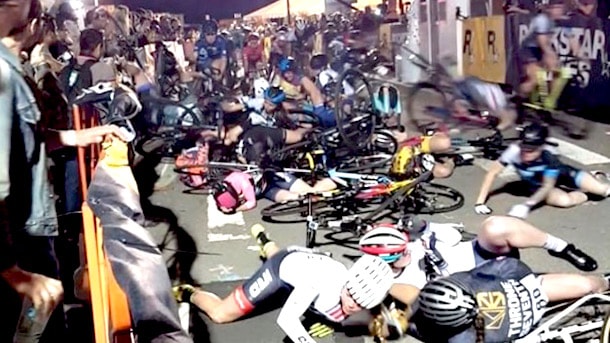 The women’s final of the Red Hook Criterium in Brooklyn, which is a race contested on fixed wheel bikes with no brakes, got off to a rocky start when a number of competitors crashed and caused a major pileup.

It’s unclear what started this massive pileup, but it appears from the video that the cyclist in white fell, prompting a massive pileup shortly after the race began.

Wreck at the beginning of the women's finale at the #redhookcrit hope everyone is ok ? #cycling #brooklyn #rhcbk10 #fixedgear #fixie #fixiecrash #redhook #crash #bikelife #bike To use this video in a commercial player or in broadcasts, please email [email protected]

Reports after the race suggest 15 cyclists were impacted by the crash but only one racer dropped out after the first lap.