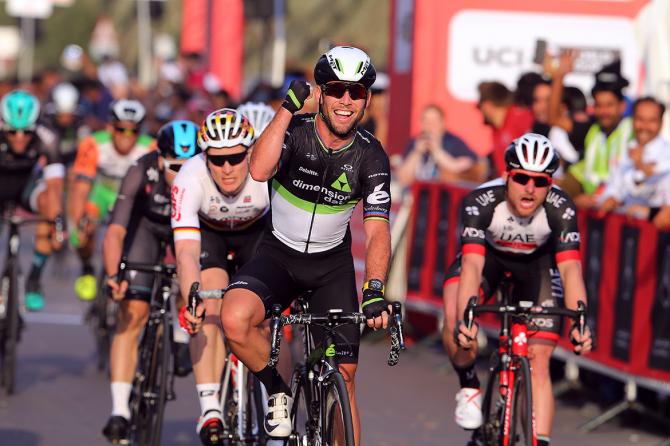 The sprinters’ teams weren’t going to allow the six escapees too much space however as they wouldn’t risk missing out on a mass sprint in a very flat finale. At 40 kilometers from the line, the gap was down to just over one minute as the peloton calmly controlled the situation.

A crash occurred at the last-kilometer banner and caught Marcel Kittel, Caleb Ewan and several other riders.

In the sprint, heavily affected by the late crash, Mark Cavendish had the better legs and crossed the line ahead of Andre Greipel and Niccolo Bonifazio.

“I can’t fault anyone in the team. If I’d lost it would have been only my fault. It was the same finish as last year and I was only third then, with us having made some mistakes. We went through what we did wrong last year, tried to do the complete opposite and that’s what happened,” said Cavendish.