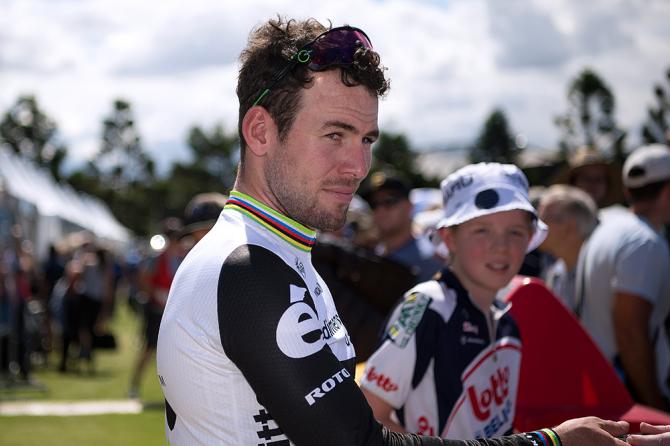 Mark Cavendish was named in Team Dimension Data’s line-up for the 2017 Tour de France. Stephen Cummings, who won the British title, is also included in the squad.

Cavendish missed a large chunk of the 2017 season so far with glandular fever, but returned at the Tour of Slovenia earlier this month and finished second in one stage.

”As has been widely reported, it’s been a difficult few months for me on the back of the illness that set me back earlier on in the season. Despite this setback and my lack of race time I’ve worked incredibly hard both to ensure I could firstly recover from the illness as well as then aiming to build my fitness up as much as possible in order to start the Tour”, said Cavendish.

”If I am being totally honest, had this not been the Tour de France we may have collectively taken a different approach with regards to my inclusion but I feel that I owe it to myself, the team, our sponsors and most importantly to the Tour itself given its history and everything that it stands for – as well as the emotional attachment I have for it – to give it my best and to put everything I have in to trying to help the team”.

”In addition, I also feel a great sense of pride to be supporting Qhubeka and our Bicycles Change Lives campaign, and am keen to raise as much awareness as possible for what is such an incredible cause at the Tour.”

“This team was built on a dream and to be in our 3rd Tour de France is so special as we chase more dreams with every single rider that will represent this team”, said Douglas Ryder, team Principal.

“Our 2 debutants, Jaco and Scott, will have their eyes wide open as they experience the enormousness of The Tour de France and what a privilege to do that with the incredible experience of the rest of the team.

“The hard work that has been put in by the riders and our team partners to be ready to represent Team Dimension Data for Qhubeka in this year’s event is truly incredible and shows their commitment to the sport of cycling and the impact they can make on others. Join us through our campaign as we make a noise for Qhubeka in July”.