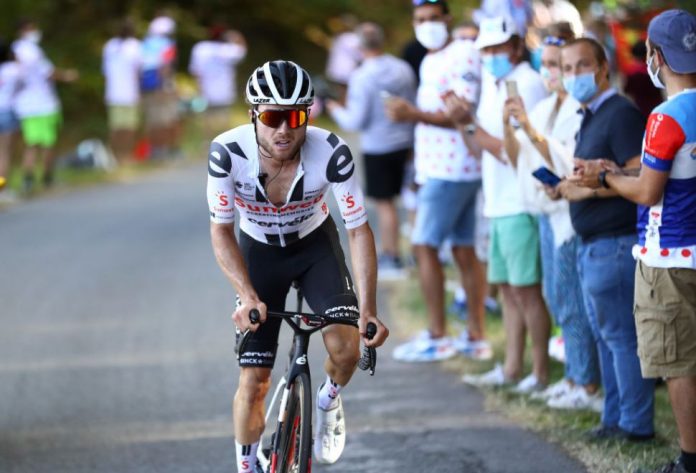 Marc Hirschi won the longest stage of the 2020 Tour de France with a bold solo breakaway, becoming the first Swiss stage winner on the Tour since Fabian Cancellara in 2012.

The Sunweb rider powered away on the Suc au May climb, new to the Tour. He extended his lead by racing with hair-raising speed down the other side and held off pursuers over the last 25 kilometers to win stage 12 by a comfortable margin in Sarran. This marked his inaugural victory at his inaugural Tour.

“It’s unbelievable because I was close two times,” said Hirschi in a post-race interview. “I never believed that I could make it because I was really doubtful. I went full-gas until the last 200 metres, and this is super nice, I can’t describe it. It’s hard to put this into words.”

The Tour’s top contenders, including yellow-jersey wearer Primoz Roglic, were still some two minutes behind when Hirschi finished the 218-kilometerstage into the Massif Central.