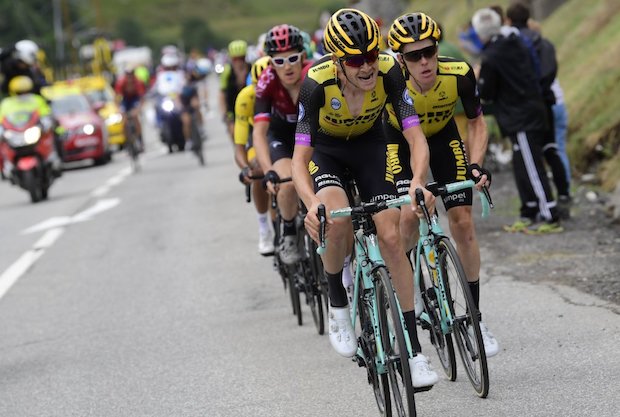 One the peloton’s most highly-rated mountain domestiques, Laurens De Plus from Jumbo-Visma, has been linked to a move to Team Ineos in 2021.

The 24-year-old joined the Dutch squad at the start of 2019 but is out of contract for 2021 and rather than signing an extension, it is expected De Plus will move to Team Ineos.

He has also withdrawn from Jumbo-Visma’s Tour de France team, being replaced by George Bennett, though this is claimed to be down to persistent illness. However, De Plus is set to lead Jumbo-Visma at the Giro d’Italia.

De Plus should prove a key ally in the mountains to Egan Bernal in the future, while also looking to pursue his own victories.

Sam Oomen is out of contract with his Sunweb team and looks that he will fill De Plus’ shoes at Jumbo-Visma, while Romain Bardet is rumoured to sign with Sunweb as their new grand tours leader.