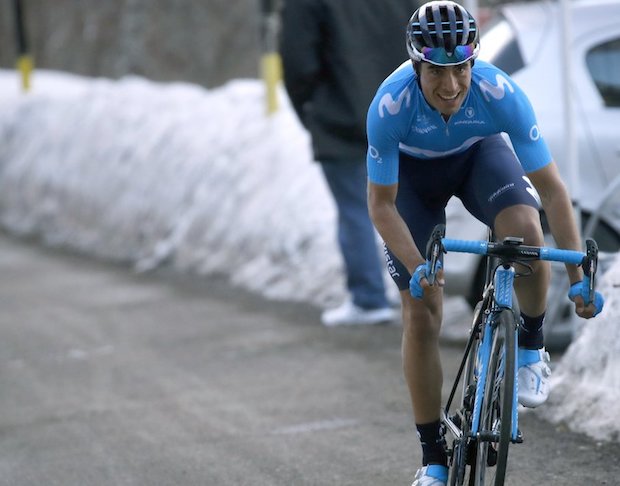 The Spanish team will mix some experienced riders with debutants to deliver a strong performance in the first grand tour of the season.

Landa, third in the Giro 2015, should have had Alejandro Valverde as a luxury helper, but the world champion pulled out from the race due to a bone edema in the sacrum that was produced after a training crash ahead of Liège -Bastogne-Liège.

Mikel Landa suffered from a broken collarbone this winter but now he’s completely recovered to face the grand tour. Carapaz will start in the race just after winning the Vuelta a Asturias for the second time in a row and aiming to improve from the fourth GC position he got in 2018 when he also won one stage.