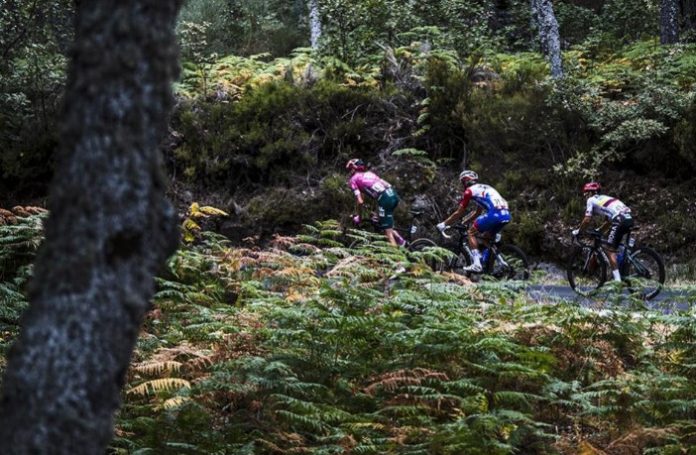 La Vuelta a Espana 2022 stage 20 is the one where we were expecting Primoz Roglic and Team Jumbo Visma to make their final big move to topple Remco Evenepoel. After withdrawing following a crash and a very controversial statement by Primoz Roglic, all eyes will be on Enric Mas and Team Movistar…

Mads Pedersen came to La Vuelta a Espana 2022 with 8 potential stage wins. 3 victories , 3 runners up finish and another 3 top 10 coupled with another sprint finish expected in Madrid, boy, has he over-achieved. The Danish dynamite completed his hat-trick to reward his team for its exceptional performance. In case you ever read it, you will be missed in Wollongong Mads!

This is the last chance to deny Remco Evenepoel of his first grand tour win. There were a lot fans who truly believe in his ability to win the Vuelta, while there were others, like me, who seriously doubted not only his ability to withstand 3 weeks of racing but also of keeping with the pure climbers. Yes, the Belgian phenomenon has shut up all his detractors but the race is not won yet.

Enric Mas Nicolau has long been tipped as a potential grand tour winner. At 27, it is very likely that this is his one chance. For his dream to materialise, he will need his Movistar team to do what they are renowned for: take the stage by neck and ride no matter what the outcome. With his second place very much assured, he has nothing to lose.

The 181 km long stage starts at the foot of the Puerto de Navacerrida. This first categorised climb will be the site of some heavy serious actions. Sergio Higuita, Thibaut Pinot and Mikel Landa are among the most famous climbers who will not be forgiven for missing the break.

Meanwhile Richard Carapaz will be at the front end to secure his jersey with Marc Soler, probably the only rider having a slight interest in challenging him. Team Movistar will also be sending riders to act as satellite with Enric Mas not going to wait for the final climb to make his move.

Other riders who will be looking to get into the break for a potential stage win:

To reach the next first category climb, the riders will have to ride until KM 138 and get over 2 second category climb. While it is safe to say that the breakaways riders with team-mates will use their numerical advantage by making them work to maximise the gap.

The breakaways will be getting rid of the dead woods. The main big boys group will be the area of some serious actions. Riders eyeing for a potential top 10 and those aiming to improve their position will be trying something. The only certainty though is that Enric Mas will have to attack Remco Evenepoel, again and again. Even the great Tadej Pogacar was ultimately broken after some repetitive attacks. indeed no one is invincible.

The final climb of La Vuelta a Espana 2022 will corronate the winner of the edition. The pace expected from the main boys and the long stage means that only a true champion in the breakaway can deny the General Classification from taking it.

With two stage wins already in the bags, his main ambition is to secure his polka jersey, but should he be in a position to challenge for the victory, his form in the last week is good enough to get him a hat trick as well.

There is not rider more dramatic as the Frenchman. Being still in the race without having sustained any crash or injury is a blessing for the unlucky man as much as it is an omen for something great about to happen.

He neither need to win the stage nor make a statement. His only objective is to follow Enric Mas but the guy is good enough to get more out of the day.

While it is very unlikely that he could take back 2 minutes on Remco, his team will be riding hard enough to tire everyone. His form is that good in this Vuelta that he certainly deserves a stage victory.

The most likely unravelling of that day will mean that the break will be in the line of range of the main group at the foot of the last climb. While the top 5 riders will be neutralising each other, Jai Hindley, Joao Almeida and Ben O’Connor could allowed to attack as they represent no immediate danger to anyone. Thymen Arensman and Rigoberto Uran could probably be of the party too.