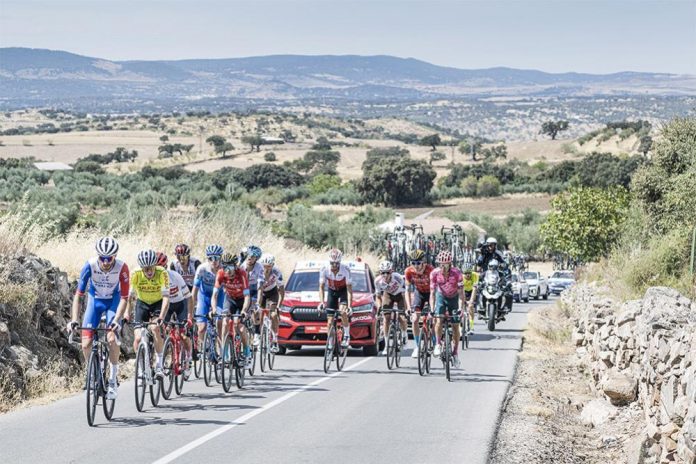 With Primoz Roglic’s withdrawal, there is a gloomy mood over the race. Yet, there is still plenty of action coming up starting from La Vuelta a Espana 2022 stage 18.

Unless Team Movistar finally realises that this is their one chance at Grand Tour victory and actually takes things into their hands for Enric Mas, La Vuelta a Espana 2022 stage 18 is destined for the best climbers in a break away.

A host of climbers will be hoping to make the break. In addition to those leading the way yesterday, there will be fresher more motivated men today.

Richard Carapaz, Thibaut Pinot, Mikel Landa and Vincenzo Nibali are all riders that do no need to be introduced and will definitely be part of the break.

Meanwhile the likes of Juan Pedro Lopez, Chris Froome, Hugh Carthy and Sergio Higuita have completely absent in the race so far. They should most probably be suffering from some illness. Should they recover enough, they will be part of the action.

After mourning the loss of their leader, Team Jumbo Visma have the capacity to strike back with the likes of Chris Harper, Rohan Dennis, Robert Gesink and Mike Teunissen.

Finally Mark Padun, Jay Vine and Marc Soler have featured heavily in the Vuelta so far and will be challenging again.

The beauty of La Vuelta a Espana 2022 stage 18 is that it will feature the same climb of Piornal which will be taken along three different slope.First through the Desesperá, then by the Monastery of Yuste and lastly by the Jerte Valley.

As witnessed, climbs are not steep enough to favour the purest climber of Remco. But he who does not try will never know, isn’t it Enric Mas?

Should the main group be within striking distance of the breakaway when the climbs start. He will be the man to beat. He does not look as outstanding as in the first week but he is still strong.

He will be expecting attacks from Enric Mas and the best defence is to attack.

Either of the two Australian who gets into the break will be hard men to beat. One is machine that can drop every one  by one at a contact regular pace on the climbs. The other is a mountain man that have been showing some great form by setting up Roglic…

His attack will probably not provoke any response from Remco. The man has style and needs to be seen and shown to the world more often.

A third stage victory is with in range. His only issue is that there will be a horde of riders trying to follow his early move for the breakaway.

The stage profile suits our sensitive Frenchman perfectly. He will bring along some mates to help him in the breaks. The only worry is that the climbs might not be difficult enough for him. Allez Tibopino!