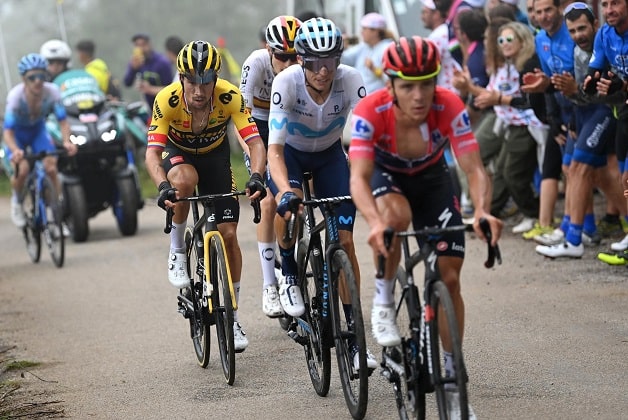 This Vuelta seemed to be heading into absolute boredom. Riders were dropping like flies with covid and Remco Evenepoel looking invincible in Time trial and Mountains. And then Primoz Roglic happened and suddenly La Vuelta a Espana 2022 stage 15 is the most anticipated stage.

The Slovenian and a certain Portuguese dragon are characteristically on the rise, with the last week looming over. La Vuelta a Espana 2022 stage 15 will give us a definite answer as to whether Remco just had a bad moment or is starting to feel the weight of the race.

Unless a really great riders, we are talking Richard Carapaz get up the road, there is absolutely no chance that this stage will not reward a the winner of a GC battle.

Richard Carapaz will again be part of the breakaway of they day and it is very likely that he will again hold on to the end.

Other great riders that have lost all GC ambitions but would not mind a stage win and some KOM points:

Jay Vine will need to be at the fore front to defend his polka dot jersey while Mark Padun will roaming around. With a finish at Sierra Nevada, Juan Pedro Lopez has had his eyes set on a great day to confirm himself. 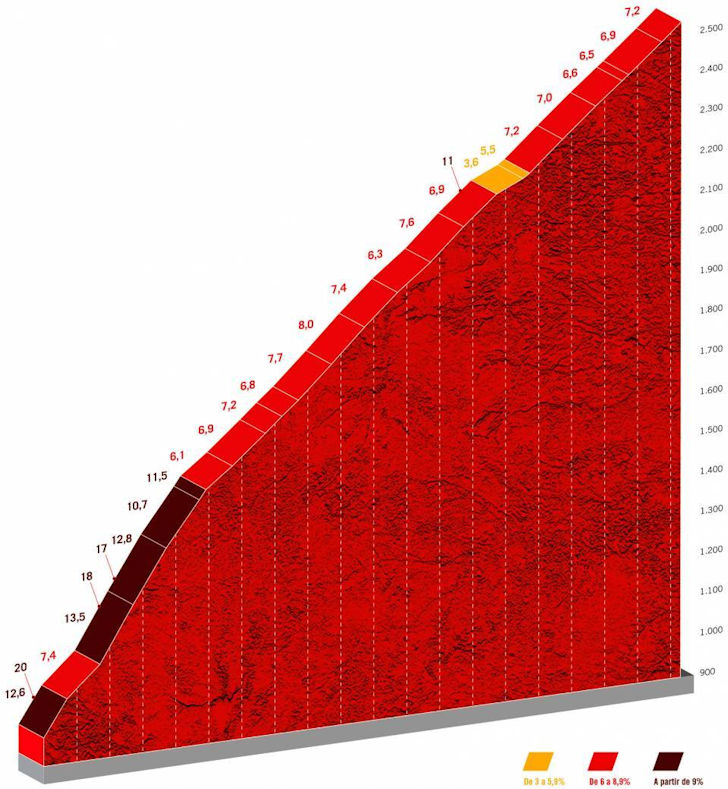 This exceptionally categorised climb of 19.7 km is a myth. With the most punishing gradient in the first 6km, some damage and attack with in the main GC group is expected. Miguel Angel Lopez and Juan Ayuso fit perfectly into that description.

Primoz Roglic is also going to put in some heavy load to try and put Remco Evenepoel in danger again. The current maillot Rojo did lose some time in the previous stage, but the way he readjusted  himself to limit his loss was exceptional.

Finally there he is, Joao Almeida is just doing his thing. Never fully dropped, intelligently riding at his own pace, Bota Lume will love this climb. After the initial hard km, he will have up to 15km of rather decent inclination to get back at his own pace and if he gets back. Beware! No one will beat him in a sprint.