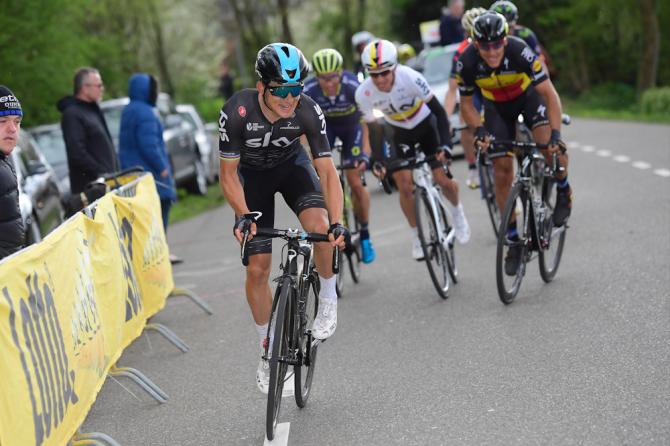 Michal Kwiatkowski (Team Sky) was edged on the line by Philippe Gilbert (Quick-Step Floors) as he came agonisingly close to winning his second Amstel Gold Race.

Kwiatkowski and Gilbert had pulled clear of an elite breakaway group of seven after trading attacks on the final climb to setup a final kilometre showdown.

It was the Belgian champion who prevailed however, as he countered Kwiatowski’s sprint for the line with a late burst on his own to add this title to his Tour of Flanders crown this season.

Kwiatowski was clearly disappointed with the result, but was quick to praise Gilbert and his teammates for their efforts.

“It was a great race, but I’m not satisfied with the result. But what can I say? I was beaten by a great champion, congratulations Philippe.”

“I am very happy with the team’s performance, with an effort put by Sergio Henao. We were very motivated to win today”. He concluded: “All is not lost, just delayed.”