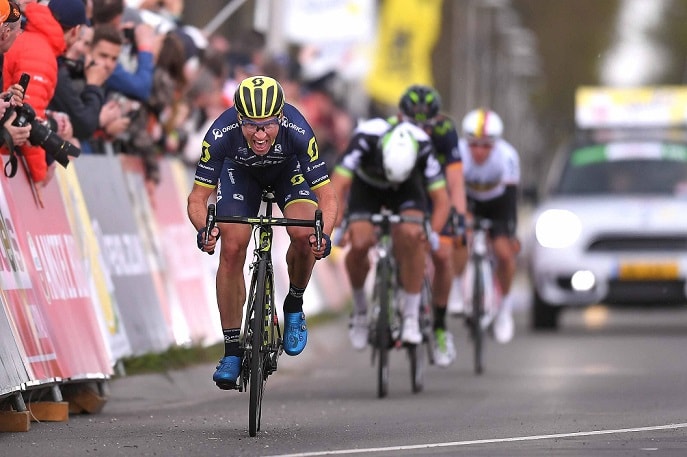 The Orica-Scott rider reacted instinctively to a strong move of eight that went with just under 40km to go.

Philippe Gilbert and Michal Kwiatowski escaped from the lead group in the latter stages of racing to finish first and second respectively, whilst Albasini won the sprint for third.

“It was fast but steady for the first part of the race so we knew it was going to kick off at some point,” Albasini explained. “My role was to jump with some of the key guys and once I saw (Sergio) Henao and Gilbert go, I reacted straight away.

“I didn’t think that we could stay away but in the end it was strong group and we kept riding all the time so we kept away.

“At the end, I had nothing left. Those two guys just had a little bit more left in the legs so they rode away and the rest of us were actually pretty cooked.”

Whilst it wasn’t a win, the result gives Albasini podium results at all three Ardennes.

“Cooked or not cooked a podium at Amstel is really good,” the 36-year-old said. “Actually now I have podiumed on all three Ardennes so I am really happy with that.”

“We didn’t have any of the big favourites for the race today but we have pulled off a podium so that’s really good for us.”