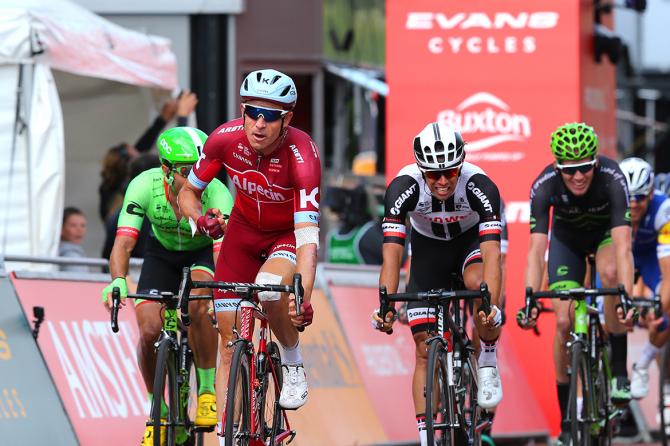 The 30-year-old had six wins under his belt this season going into the Tour and was aiming for two stage wins before a heavy crash descending the Col d’Ornon ruined his chances, leaving the Norwegian with facial injuries and wounds to his arms and hands.

But the Katusha-Alpecin rider struggled on to place fourth in the Green Jersey contest and today showed points winner Michael Matthews what could have been when he left the Australian in his wake with a furious finish to take the Prudential RideLondon-Surrey Classic title.

“It was great to win here,” said Kristoff. “After the disappointment of the Tour it’s really nice to bounce back and win in London.

“I knew my body was healing after the crash and luckily I had enough strength in my legs today to win. It’s been a long time without a big win for me and I was so frustrated in the Tour, but I knew my head was there; I just needed to get my legs back.”