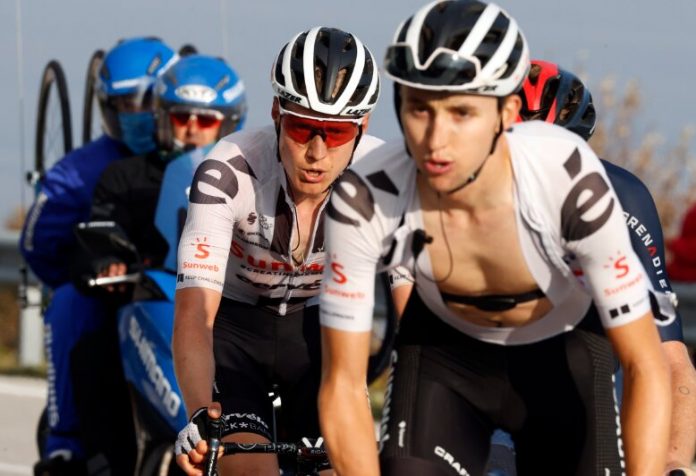 Wilco Kelderman will race the Giro d’Italia for Bora-hansgrohe along Emanuel Buchmann and Jai Hindley this season.

At the 2020 Giro d’Italia, Kelderman was on course for a place on the podium in the first week, before Jai Hindley also joined the battle for the podium places. After 19 stages, Kelderman and Hindley were first and second overall, after which the Australian took over the pink jersey from his Dutch teammate in the penultimate stage to Sestriere. However, it was Tao Geoghegan Hart who took the final overall win in the final time trial.

After Kelderman made the transfer from Team Sunweb to Bora-hansgrohe at the end of 2020, Hindley took the same step this winter. The Dutchman and the Australian will be reunited by the German team for the Giro, along with Emanuel Buchmann and Lennard Kämna.

For the Tour de France, the German team will be led by Aleksandr Vlasov, who will be supported by Maximilian Schachmann, Felix Großschartner and Patrick Konrad.

Sam Bennett will return at the Tour de France also with the German team. The Irishman, who returned to Bora-hansgrohe after 2 years with Deceuninck–Quick-Step, will receive help from lead-out man Danny van Poppel. The Dutchman came from Intermarché-Wanty-Gobert this year to strengthen the sprint train.

At the Vuelta a Espana, Sergio Higuita will get his chance.