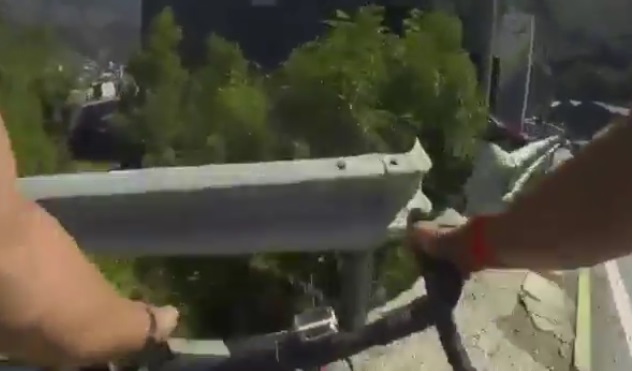 Joaquim Rodriguez posted a video of a frightening moment a rider hits a roadside barrier on a fast descent, and falls around 10 metres off the edge of the road.

In the text accompanying the video, Rodriquez said: “Behaviour of a cyclist when you crash! First, I’m fine, Second: How is my bike? Third: Sort out the handlebars and carry on.”.  After composing himself after the crash the cyclist scrambles out of the woods and remounts his bike which appears to have not gone with him. He remounts, makes a couple adjustments to his bars and pulls a stick from his helmet before riding off. It’s still unclear if the rider in the video is Rodriguez himself.