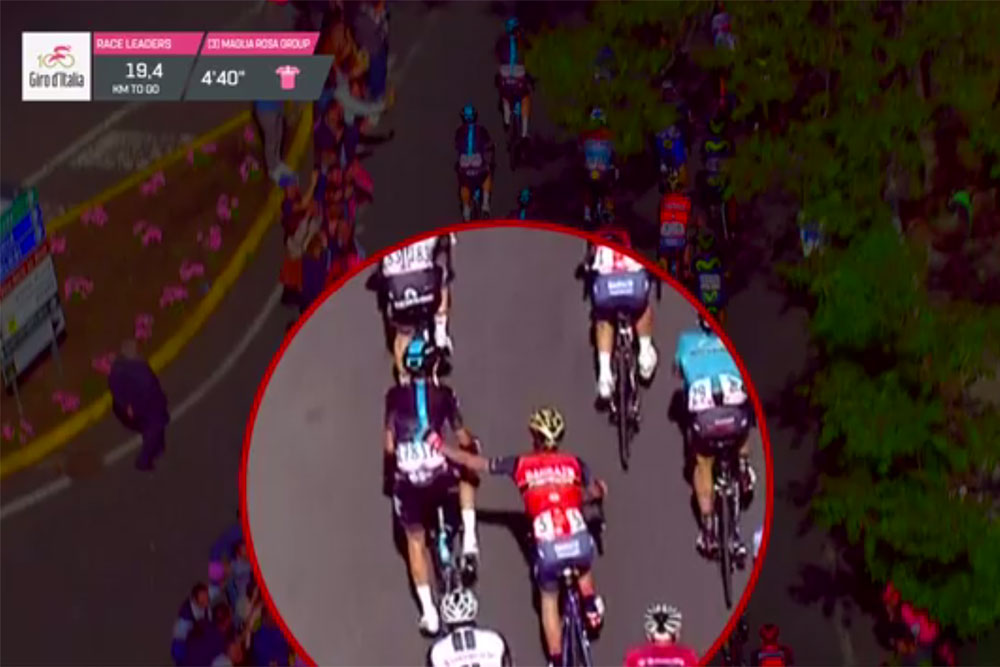 Vincenzo Nibali’s bid to win the Giro d’Italia has suffered a setback as one of his team mates, Javier Moreno, has been disqualified from the race after an in-race altercation with Sky’s Diego Rosa.

TV footage recorded showed Moreno pulling alongside Rosa and apparently exchanging words. Moreno then appears to shove the Italian rider as he rides away. Rosa claimed he crashed as a result of the exchange.

Tensions flare in the peloton as Javier Moreno reaches out to tug back Diego Rosa in the #Giro100 pic.twitter.com/UeQb3Fj8fA

“You can all see what happened,” Rosa said. “It was a stressful moment of the race. If a guy pushes the other guy out of the road … if he drops, and crashes, and breaks [his bike]. I fell, and changed my bike. It was a moment of stress, and we ran into each other, and then he touched me. I touched him, and then he threw me off.”