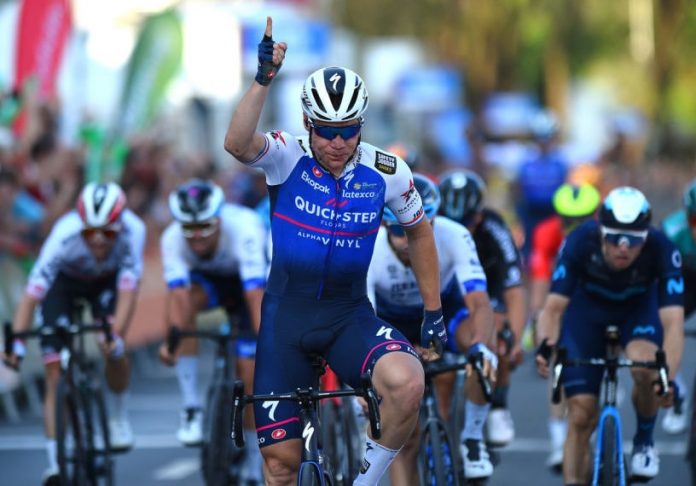 Opening stage winner Olav Kooij (Jumbo-Visma) was among those caught in a massive crash with less than a kilometre remaining, causing riders to fly off-road and land near the trees.

Kooij was later taken to a local hospital, with Jumbo-Visma confirming stitches were required for a deep cut on the inside of his calf.

“Yesterday – you win some, you lose some – I was not in position, I touched the brakes too much,” Jakobsen said. “But today we wanted to show that we are able as a team.”

“It was hectic, there were a couple of corners but Florian (Senechal) put me in a perfect position with 200 metres to go.I’m super happy that I could win.”