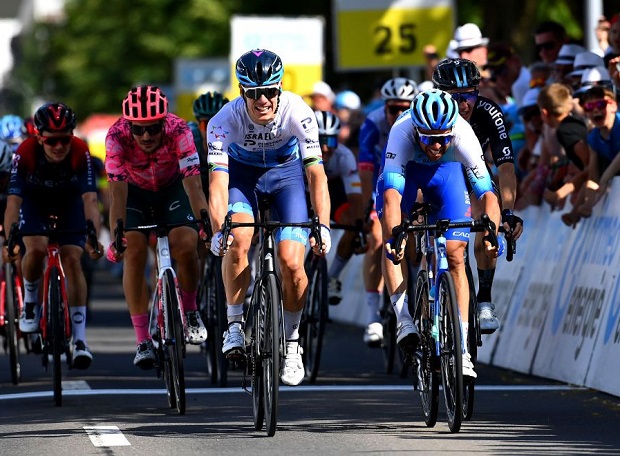 Daryl Impey said it was “special” to clinch the fourth stage of the Tour de Suisse in a sprint finish on Wednesday a year on from breaking his pelvis and collarbone.

Impey, 37, pipped Michael Matthews and Soeren Kragh Andersen after 190.8km of racing from Grenchen to Brunnen on the banks of Lake Lucerne.

Impey, who wore the Tour de France’s yellow jersey for two days in 2013, claimed the 30th victory of his career. He spent almost five months away from competition after suffering the serious injuries in May 2021 and returning to minor races in Italy last October.

“I’m ecstatic. It was a tough day. After everything that happened last year, I didn’t know if I was going to get back on top of the step,” Impey said. “To finally pull off a victory after all of the hard times is special”.

Thursday’s fifth stage is a 193km run from Ambri through Lugano to Novazzano, near the Italian border.