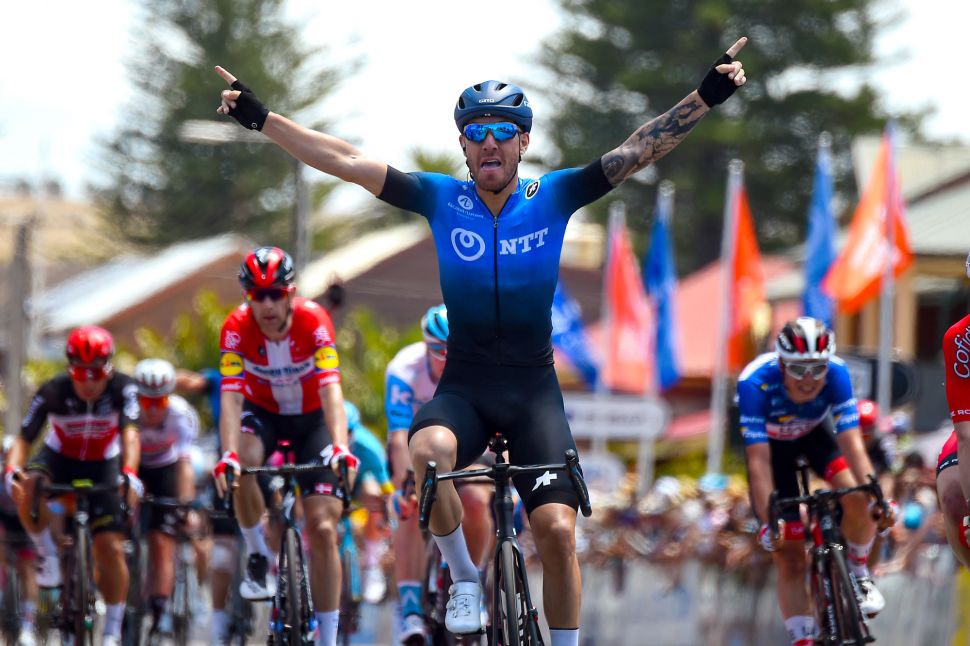 Daryl Impey took the lead in the Tour Down Under from Richie Porte as Giacomo Nizzolo (NTT) won Saturday’s fifth stage in a bunch sprint finish.

SImpey will take a two-second advantage over Porte into Sunday’s final stage up the gruelling Willunga Hill as he chases his third straight victory in the UCI season opener.

Impey’s narrow but psychological lead will be important as he attempts to hold back the Australian, who has won the last six stages up the torturous three-kilometre climb to the tour’s finish.

“It’s fantastic to lead the race going into Willunga,” Impey said. “The whole week we’ve been trying to get into the lead here and put myself in a position tomorrow to beat Richie.

“I’m two seconds up, I don’t know if it’s enough, but we’ve given ourselves every chance to win this bike race and it’s all up to tomorrow.”

Nizzolo scored the first win for the newly branded NTT Pro Cycling thanks to positioning by his teammates, leaving him poised for a final charge into Victor Harbour where he easily fended off all challengers.

Simone Consonni (Cofidis) was second, ahead of ISam Bennett for (Deceuninck-Quick-Step).

Tour Down Under 2020 – general classification after stage 5: