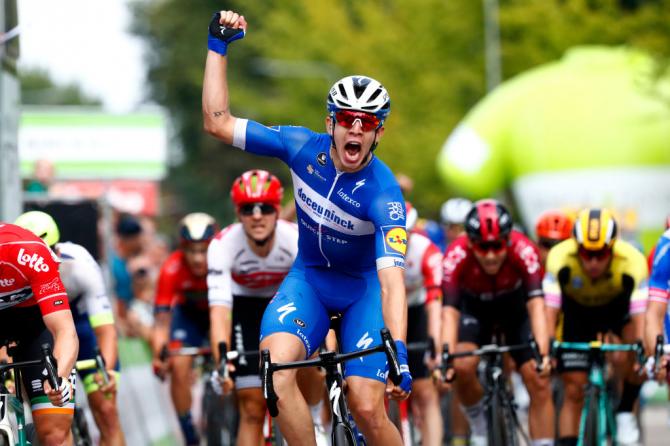 Alvaro Hodeg became the first ever Colombian rider to notch up a win at the Binck Bank Tour, emerging as the fastest in Venray in the hectic finale of stage 5.

Hodeg held off a late charge from Sam Bennett, who won the first three stages. Edward Theuns finished third, after Trek-Segafredo had led the sprint out into the finishing straight

“It was the sprinters’ last opportunity here and the guys did again an amazing job the entire day, just as on the previous stages”, said Hodeg.

“They protected me from start to finish and gave me a really superb lead-out, and all I had to do was finish off their great work and bring another victory to the team. It feels nice to be the first Colombian to win at the BinckBank Tour and I’m very happy with what we achieved”.