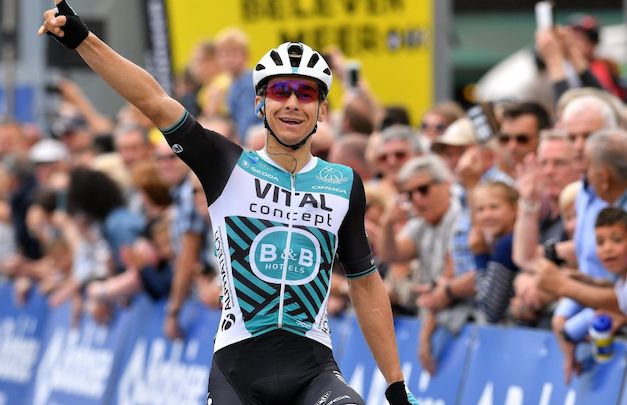 “For the finale, we had only Kevin Reza and Jeremy Lecroq, but Kevin is amazing for the lead-out. He put me on the wheel of Christophe Laporte, and I opened my sprint after the last corner,” said Coquard.

“Mathieu van der Poel is very, very strong but today, I was sure that if I was in a good position, then it was going to be possible to win and to beat Van der Poel.”