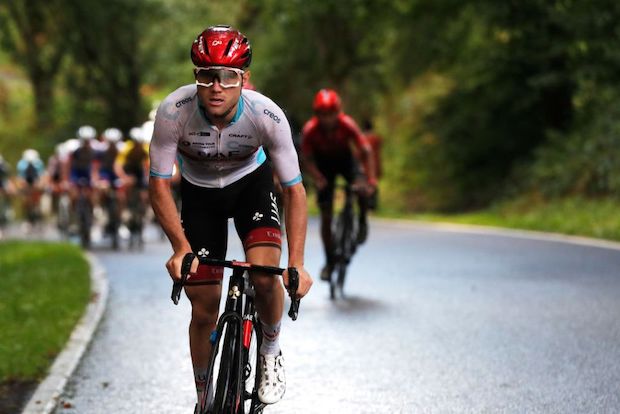 Marc Hirschi took over the yellow jersey from Joao Almeida in Tour de Luxembourg after a solo victory in stage 2.

The UAE Team Emirates rider now has an advantage of 4 seconds on Almeida in the general classification. David Gaudu is third, 19 seconds back.

Anthony Turgis went clear of the big group at 20km to go, but was caught by Hirschi on the third and final lap of the Eschdorf, at 6km. Nairo Quintana and Davide Formolo went with Hirschi’s attack, but when the Swiss rider made his final attack, Formolo had only to watch his teammate go up the road for the win.

“I picked up the pace on the last climb and saw that there was a gap”, said Hirschi. “That’s why I attacked again and gave full gas until the finish. I’m just getting into great shape and I’m happy to have won again after almost one year. Of course I will try to defend the yellow jersey, but it will be hard because the competitors are very strong.”