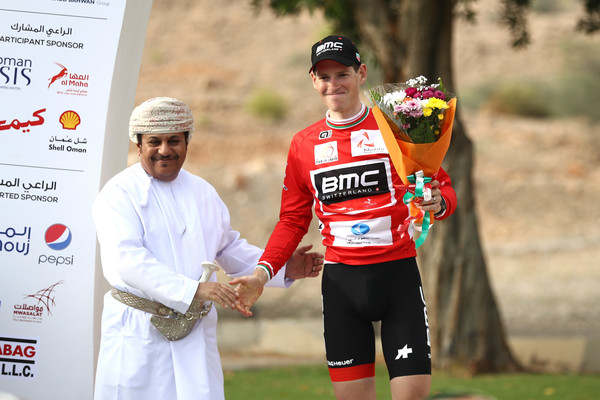 Ben Hermans (BMC) won the queen stage of the Tour of Oman atop the brutal climb of Green Mountain ahead of Fabio Aru (Astana) and Rui Costa (UAE Abu Dhabi).

As they extended their lead to 8:35, Romain Bardet (AGR2 La Mondiale) crashed in the peloton as water from a stream caused slippery conditions on the road. This advantage was not enough and the escapees were caught on the ascent to Green Mountain.

Hermans and BMC kept a good pace in the peloton to repel the attacks of rivals. Inside the final kilometre Merhawi Kudus (Dimension Data)  launched his move, which prompted a response first by Hermans, then Fabio Aru (Astana) and Rui Costa (Abu Dhabi). Hermans caught the Eritrean and won for the second time in a week to lead by 22 seconds ahead of the final stage on Sunday.

The last stage of the Tour of Oman will be between The Wave Muscat and Matrah Corniche and will include two climbs, to finish after a flat stretch.