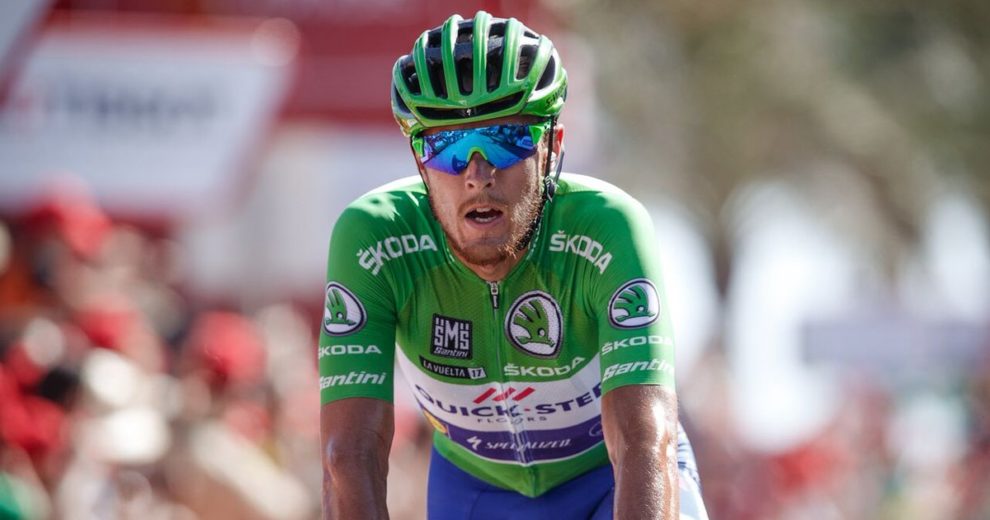 Matteo Trentin continued his fantastic Vuelta a Espana on Friday afternoon, when he roared first over the finish line in Tomares in the 13th stage.

The Italian came out with 200 meters to go and powered to the line with remarkable ease, beating Gianni Moscon (Team Sky) and Søren Kragh Andersen (Team Sunweb).

Trentin was also victorious on stages four and 10 as Quick-Step have now won five stages in total.

“It’s amazing, I came to this race with confidence but never expected anything like this,” said Trentin. “For the team the Vuelta is not finished and we are betting for more.”

Froome lost time due to a mechanical problem and a crash in Thursday’s 12th stage, but he stayed alert near the front of the peloton to finish seventh on the day on the 198.4km ride from Coin to Tomares.

The Briton, who is aiming to become just the third rider to win the Tour de France and Vuelta in the same year, retains a 59-second lead over Vincenzo Nibali.

Saturday’s stage promises another showdown between the race favourites with a gruelling uncategorised climb to end the 175km ride from Ecija to Sierra de La Pandera.

“It’s very difficult to predict what is going to happen in this Vuelta. As we saw yesterday things can change so quickly,” said Froome.

“Tomorrow’s final is very steep. I expect guys like Alberto Contador and Vincenzo Nibali want to make up time at this stage of the race. I expect a very aggressive ride from them.”