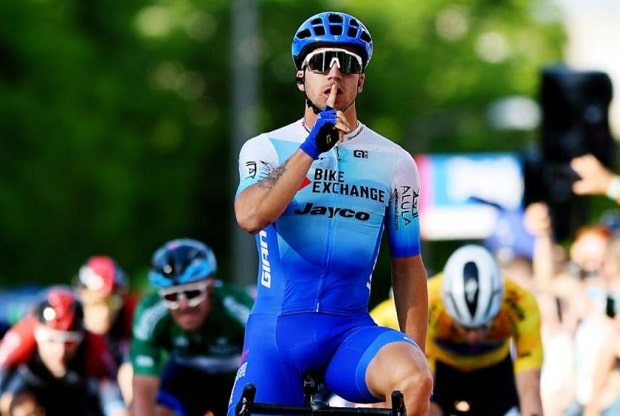 Dylan Groenewegen powered to victory on stage 4 of the Tour de Hongrie with a superb sprint to hold off Fabio Jakobsen and take his third win of the season.

A four-man break was caught inside the final 25km. Launching his sprint early, Groenewegen was too strong for his rivals and held firm in a 200-metre drag to the finish, to bounce back from a crash on stage 2.

The fifth and final stage takes place tomorrow, from Miskolc to Gyöngyös-Kékestető, as the race concludes with a test for the climbers which will shape the final GC.

“The legs were really good the whole week but the results were not there, so today we made a new plan. It was a hard final with the two small climbs, and the team did an amazing effort for me. I have no voice because of all the screaming! It was fantastic job and I’m really happy with my team-mates who got me into a great position,” said Groenewegen.