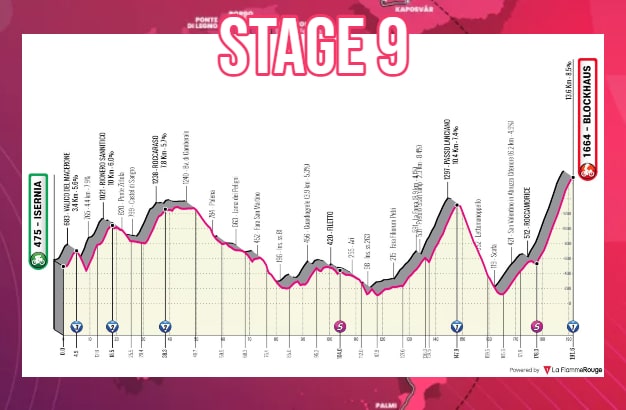 One of the hardest mountain stage with more than 5000 meters climbing in the day, finishing to Blockaus with a climb of 13,6 km at 8,5% average. Any breakaway that is formed will find it hard to stay away as the big boys will be battling for the first time. History has shown that gaps created here are usually in minutes and there will be no more hiding for those who have Giro overall placing ambitions. As for the pink jersey, Juan Pedro Lopez, he is a natural climber who could hang on to the jersey like his life depends on it.

Our heroes will actually be climbing to Blockhaus twice. The first time will be through the easier Passo Lanciano. The second time starts gently at 6-7% for the first 4 km before an astounding 10% average for the next 10kms before flattening out at the finish. 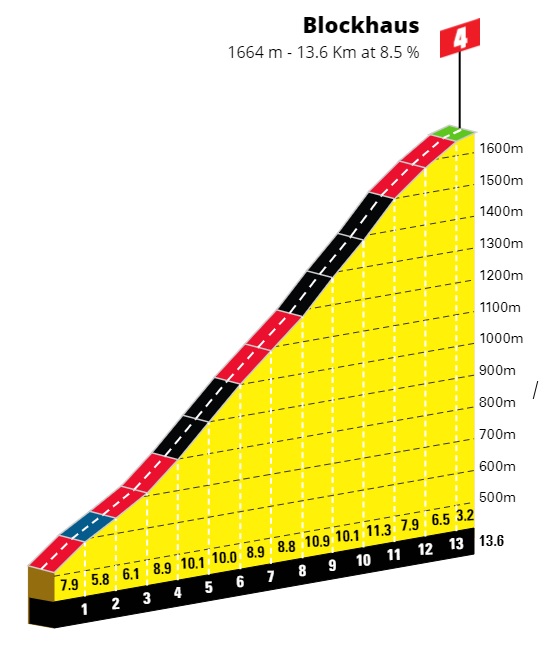 Only the best climbers can win. Who if not Colombians?

Of course, it will be a battle for GC, but what about a breakaway with good climbers who can win the stage? Lorenzo Fortunato, Ivan Sosa, Davide Formolo, Felix Gall, Attila Valter, Mauro Schmid, are some names to follow but it will be difficult to really predict. Simon Yates also complained about his knee and not being 100%. Could be a bluff but a lot of questions will be answered at Blockhaus.

Richard Carapaz – He looked the strongest climber and the best among the GC riders on Etna by winning the bunch sprint. The man from Equador, also will have the luxury of strong domestiques such as Porte and Sivakov.

Pello Bilbao – He is expected to do well after finishing behind Carapaz on the Etna stage. Often climbing at his own pace, he is sharing leaderships duties with Landa but they both have amazing support from Poels and Buitrago.

Joao Almeida – Was the best finisher of the GC riders in stage 7. He climbs well at his own effective ‘diesel’ pace. But he does a good sprint.

Romain Bardet – He is continuing his resurge among the elites as seen by him placing among the GC men on Etna and stage 7.

Ivan Sosa – This young, light and explosive climber should not be discounted. It will difficult to harm on this tough climb but nothing is sure due to his duties towards Valverde.

As much as we would to think otherwise, Ineos Grenadiers are the true boss of the peloton. Trek-Segafredo will try to keep things in hand in the early half of the stage only for the man in black to take control and set up a relentless pace to the climbs.

Having massively improved his time trial abilities, there is no climber like Simon Yates when it comes to high altitude steep roads. Unless he suffers from one his usual bad days, it will be hard to deny him a second win.

Richard Carapaz is the man with the strongest team who will set him up for a ferocious attack that only true worthy ones will be able to respond to.

Joao Almeida and his never say die attitude has been capturing us for more than two years now. He might not be able to respond to sudden attacks of certain pure climbers but he has his own ‘diesel’ way of climbing and making up for gaps. He is a powerful finisher that would not mind a sprint.