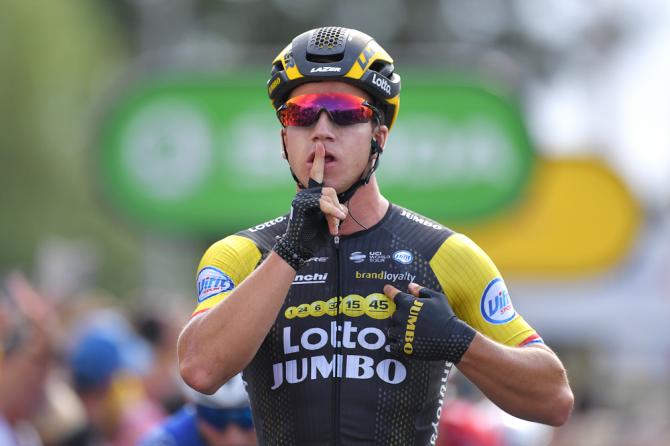 Dylan Groenewegen received serious threats after the crash in the Tour of Poland, in which Fabio Jakobsen was seriously injured. For example, a noose was sent to his house. The threats were so serious that the police kept an eye on his home for weeks.

The Jumbo-Visma sprinter speaked for the first time this week about the period after the terrible accident.

“There were such concrete and serious threats that we called the police a few days after the crash,” says Groenewegen. “The following days and weeks the police guarded our door. We could no longer spontaneously leave the house. If I wanted to go outside for a moment, there was an officer by my side so that nothing could happen.

“We received handwritten letters in the mail, which even included a noose to hang our little child. When you read that message and see that piece of rope, you are shocked. That was the deciding factor for me that it could not continue like this.”

“I went to the police and reported it. The police immediately took action after seeing those letters. That does reflect the seriousness of those threats. Of course that affects you. What happened here? How is this possible? What sick world do we live in? The most crazy things go through your head. Getting out of bed in the morning was quite a challenge at the time.”

“In the beginning you really have a shock in your body. We have an alarm on our house and it was shut down exactly during that period. Then you get the craziest things in your head. For example, we also had a false alarm a few times, then you get scared. While I just forgot to turn off the alarm in the morning.”

“I also remember that we had dinner with my parents one evening. On the way a car drove behind us. It started to signal and drove diagonally behind us. Eventually he overtook us on a road where that was actually impossible. Panic then sets in. Moments later he just turns right and there is nothing wrong. You start to imagine things that are not there at all. ”