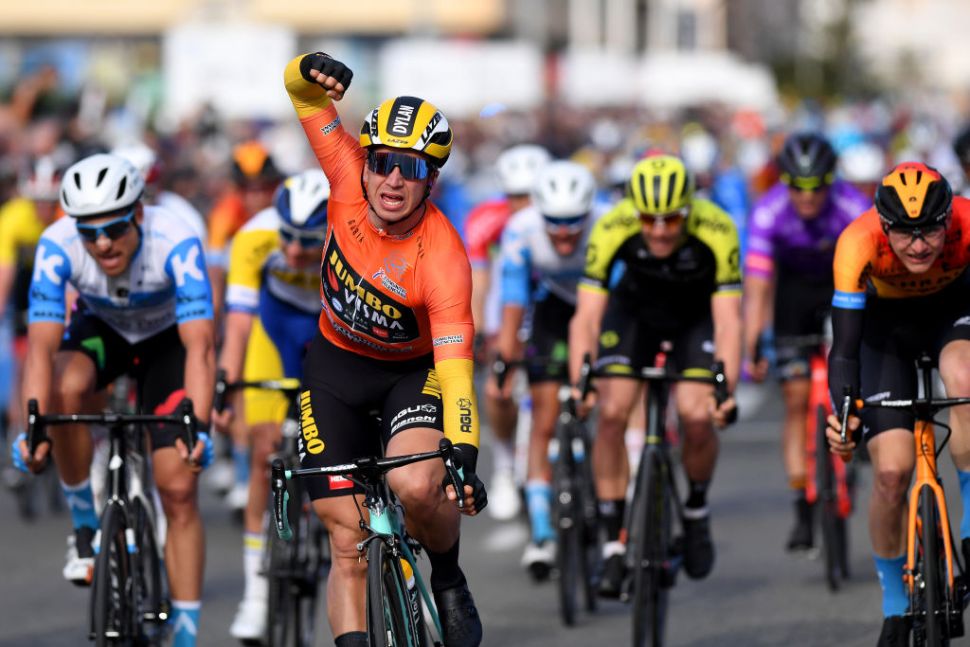 The Dutchman went down in a crash at 30km to go. However, his Jumbo-Visma team was able to safely escort him back into the group, where he took the win in bunch sprint to the line.

“It was an easy day but in the finale I crashed at around 30km from the finish. The team was waiting for me and I was in a good position to sprint. I had some mechanical problems but it was ok.” Groenewegen said.

Jack Haig (Mitchelton-Scott) climbed to the top of the general classification ahead of Saturday’s queen stage.

Stage one ✔️
Stage three ✔️@GroenewegenD leaves it late but manages to steal another stage win at #VCV2020 pic.twitter.com/5RFs0Bzr0r