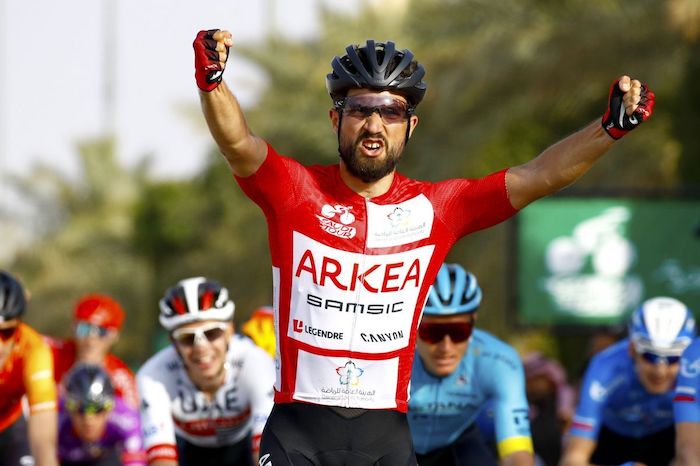 Nacer Bouhanni powered to victory on the fourth and penultimate stage of the Saudi Tour to claim the race overall lead.

The Arkea-Samsic rider had finished in the top five in each of the first three stages and grabbed a two-second advantage in the general classification from Niccolo Bonifazio.

It was Bouhanni’s first stage win since the sixth stage of the 2018 Vuelta a Espana.

“I needed this victory because otherwise you start to have doubts,” he said.

“Today, my teammates did an incredible job. By being led out this way, the only thing I could do was win. Now let’s defend the (overall leader’s) jersey.”

The inaugural edition of the race finishes with a 144km ride around Riyadh on Saturday.