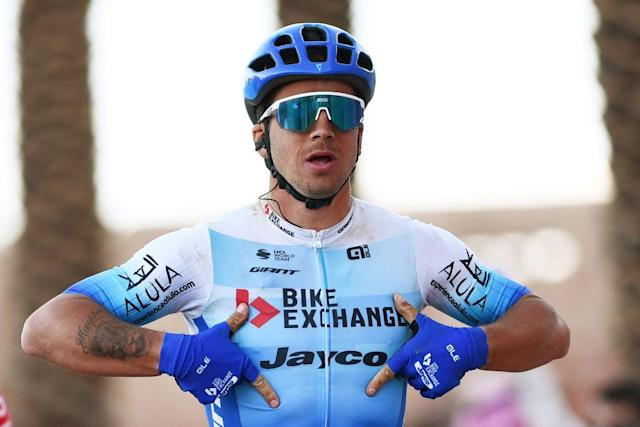 Dylan Groenewegen timed his sprint to perfection to win a mass dash to the line on stage three of Saudi Tour on Thursday.

Dan McLay was second and Caleb Ewan came third as Santiago Buitrago retained the overall lead by 3sec on Ewan.

Ewan finished fastest but was coming from too far back to pounce for victory at the line.

The stage itself was a 181km run through windswept and rocky desert terrain, notably passing by the giant ‘Elephant Rock’ where an escape group dropped the main pack in headwinds.

They were caught in the closing stages before the bunch sprint in the Alula old town, where Friday’s and Saturday’s stages also finish.

“It’s really amazing to win in my first race,” said Groenewegen. “We did a really good lead-out and I only sprinted for 100m so thanks to the team,” he said.

The 3rd stage of the #SaudiTour 2022 saw crosswinds, near-sandstorms and a tough false-flat sprint to finish. Relive it below ⬇️ pic.twitter.com/DptdohegoS