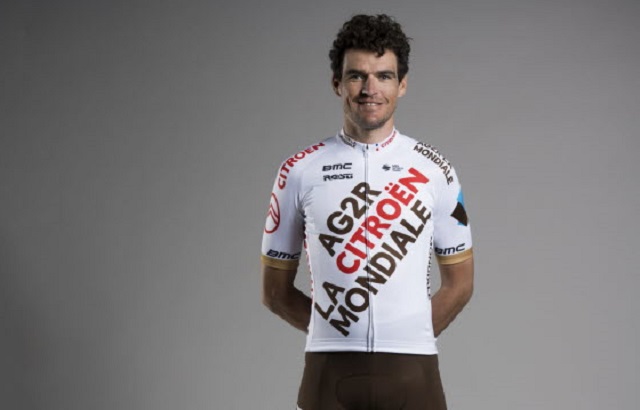 Greg Van Avermaet doesn’t like those AG2R brown bibs, but the 35-year-old Olympic champion is looking forward to 2021 with a positive feeling.

“Of course I think I can still win against Van der Poel and Van Aert. I wouldn’t be here otherwise. By the way, AG2R-Citroën will focus on the classics. ”

Greg Van Avermaet has recovered from his heavy fall in Liège-Bastogne-Liège. He still thinks that not starting in the Tour of Flanders was the right call.

“My body didn’t want me to ride such a tough race, even though I was okay. I have already achieved all places in the De Ronde, except for the first. And that would not have happened in the given circumstances, ” he said.

“I was still in pain six to eight weeks after my fall in Liege. It took its time. But in the meantime I ride pain-free again. I have fully recovered.”

Van Avermaet feels ready to reach his level again in 2021. At AG2R-Citroën, he is also well surrounded to thrive in the classics.

“Normally the plan is to go Classics, Tour de France which is really important for the team, and then Olympics and Worlds. It will be a challenging year but we’ll see how it works out. I hope to be as good as possible but those are my main goals for the season, and the Worlds in Belgium is a big deal for us. The course in Tokyo is difficult but so was Rio. I have the same feeling about Tokyo. It’s a very difficult parcours but after the Tour I’ve always very good legs in the mountains or a hilly parcours and I hope that this preparation can help me again to have a good result.”