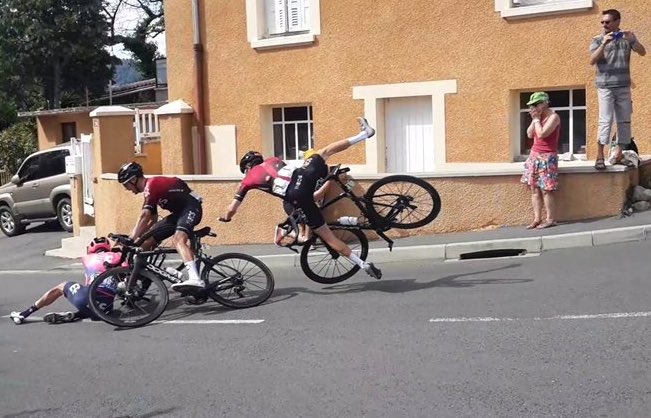 Gianni Moscon saw his bike snap in half as he was involved in a nasty crash during stage 8 of the Tour de France on Saturday.

Almost the entire Ineos team came down on a corner ahead of the last climb as Michael Woods crashed. Michał Kwiatkowski was able to put Geraint Thomas’ chain back on his undamaged bike and send him off.

Moscon was left standing by the side of the road alongside his Pinarello Dogma F12 bike which was snapped in two. Thomas finished in the bunch after all abd said after the stage, “I’m fine, but it’s just frustrating – obviously it was a key moment in the race. Woods crashed, and just took out Gianni and me. I got tangled in Gianni’s bike and took some time to get going. The boys did a great job. I caught up for the final bit.”