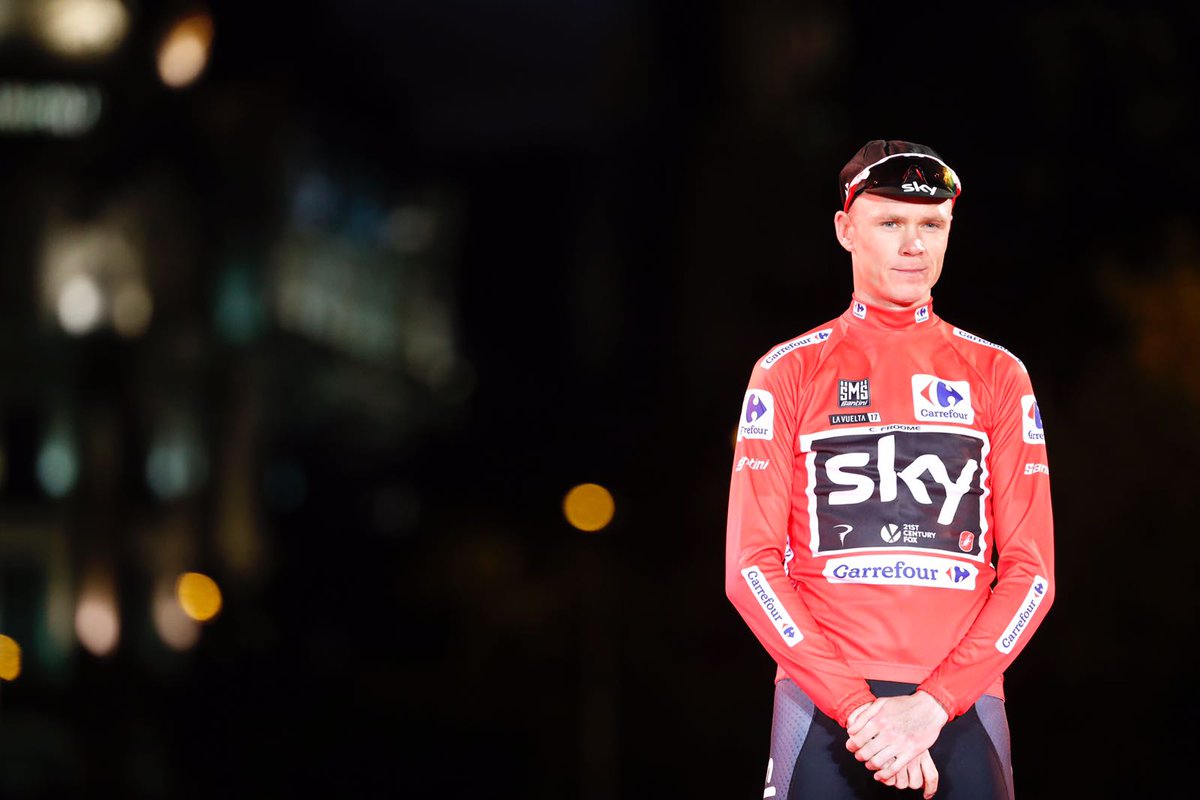 (AFP) Chris Froome became just the third rider in history to win the Vuelta a Espana and Tour de France in the same year as Matteo Trentin won the 21st stage of the Vuelta through the centre on Madrid on Sunday.

The Briton joins Frenchmen Jacques Anquetil (1963) and Bernard Hinault (1978) as the only riders to win the Tour and Vuelta in the same year.

But Froome is the first man to win both races since the Vuelta was moved to after the Tour in the racing calendar in 1995.

Froome, a four-time winner of the Tour de France, had previously finished runner-up at the Vuelta on three occasions in 2011, 2014 and 2016.

The Sky rider led the race all the way from stage three to Madrid thanks to wins on stage nine and the individual time trial on stage 16.

Trentin claimed his fourth stage win of the race on the sprint to the finish line after a 117.6km ride from Arroyomolinos to Madrid, ending in a nine-lap circuit through the centre of the Spanish capital.

However, the Italian was denied the green jersey as winner of the points competition by an insatiable Froome who sprinted to maintain his lead by finishing 11th on the stage.

“He told me he wanted to defend it and he did,” said Trentin. “With four victories I don’t have the jersey it’s kind of a joke.

“But I won two bunch sprints an two hard stages also so I can be really happy about it.”

There was also an emotional send-off for Alberto Contador on his final day as a professional cyclist.

The three-time Vuelta winner signed off in style with victory on the Alto de l’Angliru on Saturday and was given the honour of leading the peloton around the first lap of the Madrid circuit.