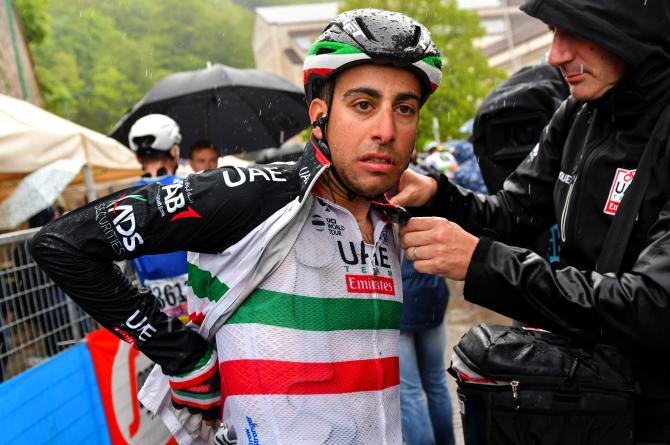 He announced himself onto the international scene in some style in 2012, then as a stagiare with Astana, by taking an impressive second place finish on stage six of the USA Pro Cycling Challenge. The Sardinian spent six seasons with Astana during which time he returned some very impressive results including a stage win at the Criterium du Dauphine in 2016.

The 2017 Italian champion joined UAE Team Emirates the following year which is where he joins Team Qhubeka-ASSOS from.

“I am excited to have Fabio join our team; to have a rider who has won a grand tour in the Vuelta, been 5th in the Tour de France and twice on the podium of the Giro adds a lot to our teams development as we continue to strive to win on the world’s biggest stage; to inspire hope and create opportunity. Fabio’s passion and love for cycling can be seen in the way he races and I think in our unique team we will see him rise again, as I am sure we will get the best out of each other”, said Douglas Ryder – Team Principal.

Fabio Aru: “I am absolutely delighted to be joining Team Qhubeka ASSOS next season and very grateful to Douglas Ryder who welcomed me to his team. When the possibility to sign first came about, and then after speaking with Douglas and other team members, I immediately felt that this was an environment that I wanted to be a part of. I’ve also closely observed the work of the Qhubeka Charity and what they do is incredible. Some of my new colleagues have told me of the power and impact that going to a bicycle distribution ceremony has had on them. This has brought home to me the impact that the bicycle has had in my own life and the power it can hold for others. I really look forward to having that opportunity in the future too.”

“In the last few years I haven’t experienced all of the success that I’d hoped for and so I will use this new step to draw from some of the simple factors that saw me achieve those results, as I know that I’m capable again of similar success. At this point in my career Team Qhubeka ASSOS is the perfect place for me to do so and I’m very grateful for the opportunity that they’ve provided me with to contribute to their legacy and to build on that fantastic work that they’ve done in the past.”