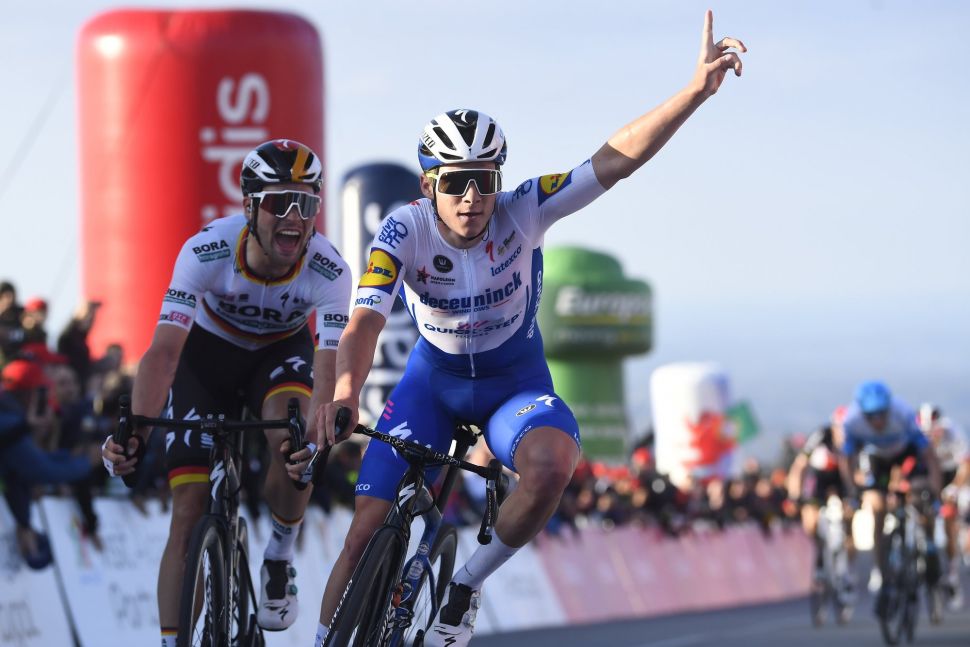 Remco Evenepoel uncorked a stunning attack with 300m to go on the final climb of the second stage to take the overall lead at the Volta ao Algarve.

The young Belgian opened his sprint in the last kilometer, pulling away from the likes of Dan Martin (Israel Start-Up Nation), Miguel Angel Lopez (Astana) and Vincenzo Nibali (Trek-Segafredo) before holding off a late challenge from Max Schachmann (Bora-hansgrohe) to take the stage win.

“It’s amazing. Actually, I just followed, followed, followed on the final climb, then Joao did a great job in the last two kilometres. I had the feeling I had something left for the last 500m and it worked out,” said Evenepoel, who went on to dedicate his win to Lotto Soudal’s Nikolas Maes, whose baby son recently died.

With a likely sprint stage on tap in Friday’s 201km stage from Faro to Tavira, all eyes turn to Saturday’s summit finish at Malhão.